The Environment Agency announced today that 25 pioneering projects will receive a share of £150 million from Defra as part of the government’s new Flood and Coastal Resilience Innovation Programme.

The projects are part of the government’s long-term plan on flood and coastal erosion and a renewed effort to develop and test new approaches to tackle these threats.

According to the EA, the schemes will trial a wide range of different approaches to resilience tailored to local communities.

These include plans to restore sub-tidal habitats like kelp beds, oyster reefs and sea grass near South Tyneside, as well as the installation of specialised property flood resilience measures and an app for local residents to tackle the threat of groundwater in Buckinghamshire.

Environment Minister Rebecca Pow said: “We’re investing a record £5.2 billion in 2,000 new flood and coastal defences over the next six years – but with the effects of climate change already being felt it’s vital that we combine this with long-term approaches to improve communities’ resilience.”

Emma Howard Boyd, Chair of the Environment Agency said: “The innovation programme is extremely exciting as it begins to put new aspects of the national flood and coastal erosion risk strategy to the test. I’m particularly interested in the projects that test the ability of nature-based projects to generate revenue.”

“The funding is in addition to the government’s record £5.2 billion investment in new flood and coastal defences to better protect 336,000 properties across England by 2027. The 25 areas have been selected following an expressions of interest process managed by Defra and the Environment Agency and assessed by an independent expert panel,” concluded Emma Howard Boyd. 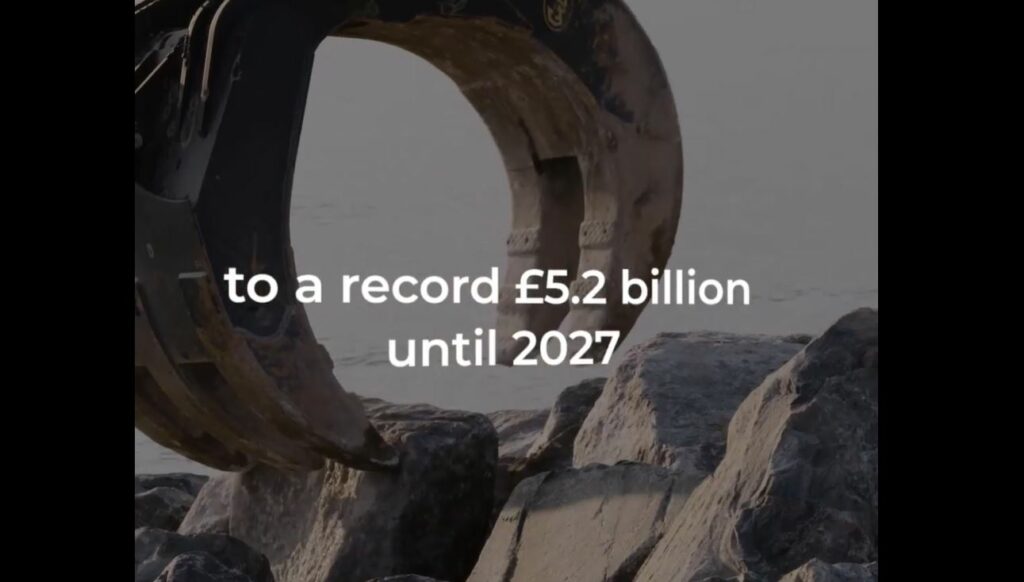