CSD MOHAB MAMEESH on its way to Egypt

The cutter suction dredger (CSD) MOHAB MAMEESH is on its way to Egypt.

“We waved the vessel goodbye when it was loaded on a semi-submersible cargo vessel and after which it started it journey towards Egypt. The vessel is expected to arrive within the couple of days,” Royal IHC announced today.

With the delivery of the 29,190kW heavy-duty rock CSD, the Suez Canal Authority (SCA) will own one of the most powerful dredgers in the world.

With an overall length of 147.4 metres and a total installed cutter power of 4,800kW, the MOHAB MAMEESH can dredge to a depth of 35 metres. There are also accommodation facilities on board that can house over 70 people.

The new dredger will primarily be deployed to maintain and improve the artificial sea-level area that connects the Mediterranean and Red seas.

As the vessel was designed in close cooperation with SCA, it has the capacity to work effectively in the harsh conditions of the region.

Its sister vessel – HUSSEIN TANTAWY – is expected to depart for sea trials in the next couple of months. 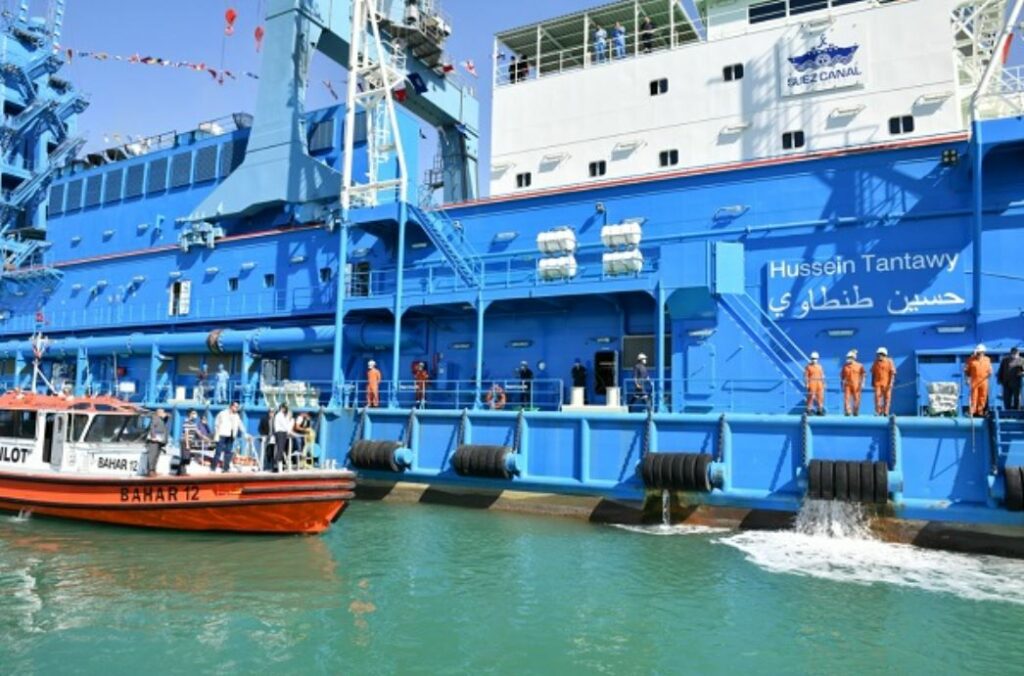