A $3-million contract to perform the work was awarded Feb. 24 to Pacific Dredge and Construction LLC, located in San Diego. The City of Newport Beach is the non-federal sponsor of the project.

Estimated completion time of the work is by late June and includes dredging the harbor’s entrance channel to its authorized federal depth of -20 feet Mean Lower Low Water, or MLLW, and placing rock and repairing concrete along the east jetty.

“We have a great relationship with the City of Newport Beach and are looking forward to the completion of this project to continue providing safe navigation to all vessels using the harbor year round,” said Mark Golay, project manager with the Corps’ LA District.

About 68,000 cubic yards of sediment will be removed from the entrance channel during the process, with an option to remove an additional 77,000 cubic yards from the Balboa Reach, which is also known as the main channel.

The beach-quality dredged material from the entrance channel will be placed in the nearshore area along Balboa Beach, southeast of Balboa Pier, which is beneficial to the peninsula beach.

Material from the main channel will be taken to LA-3, a U.S. Environmental Protection Agency-approved ocean disposal site, which is located 4.3 nautical miles southwest of the harbor’s entrance, said USACE. 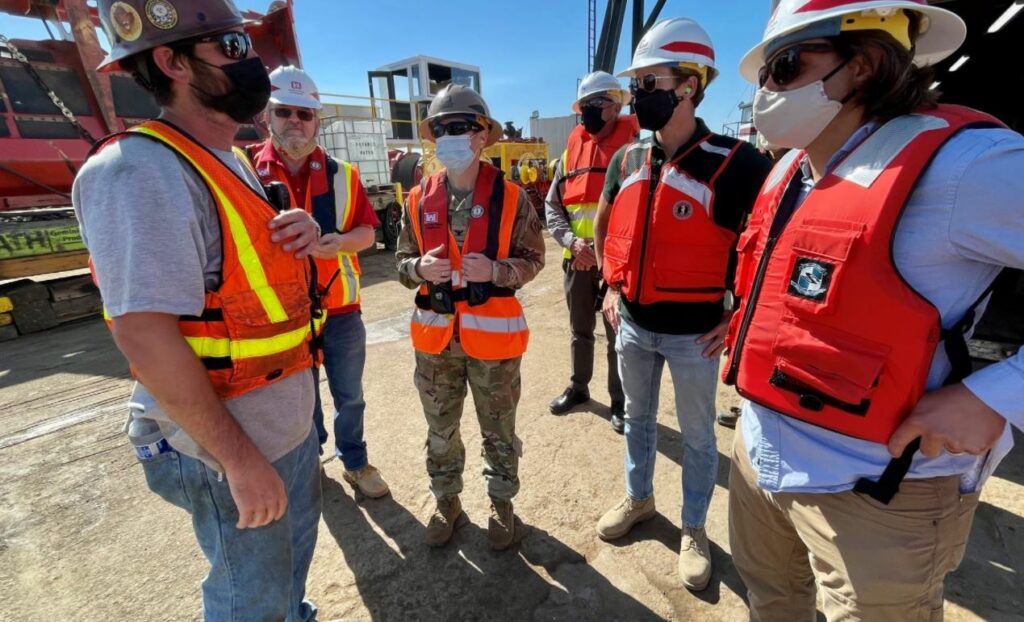