After only a couple of days at sea, one of the most powerful dredgers in the world – the 29,190kW CSD MOHAB MAMEESH has arrived in Egypt.

According to Suez Canal Authority Chief Admiral Osama Rabie, the MOHAB MAMEESH was successfully floated in the Suez Canal on Sunday, following the separation from the heavy load carrier XIANG RUI KOU.

“The newly-built dredger arrived at the port, along with the convoy of ships that are bound from the Mediterranean Sea to the Red Sea, coming from the port of Rotterdam, the Netherlands,” said Osama Rabie in the release.

With an overall length of 147.4 metres and a total installed cutter power of 4,800kW, the MOHAB MAMEESH can dredge to a depth of 35m. The vessel has accommodation facilities for over 70 people.

The new dredger will primarily be deployed to maintain and improve the artificial sea-level area that connects the Mediterranean and Red seas. As the vessel was designed in close cooperation with SCA, it has the capacity to work effectively in the harsh conditions of the region.

The MOHAB MAMEESH is the first of two CSDs that Suez Canal Authority ordered from Royal IHC. Its sister vessel – the HUSSEIN TANTAWY – is expected to depart for sea trials later this summer. Both of these heavy-duty CSDs will be used to maintain and improve the Suez Canal. 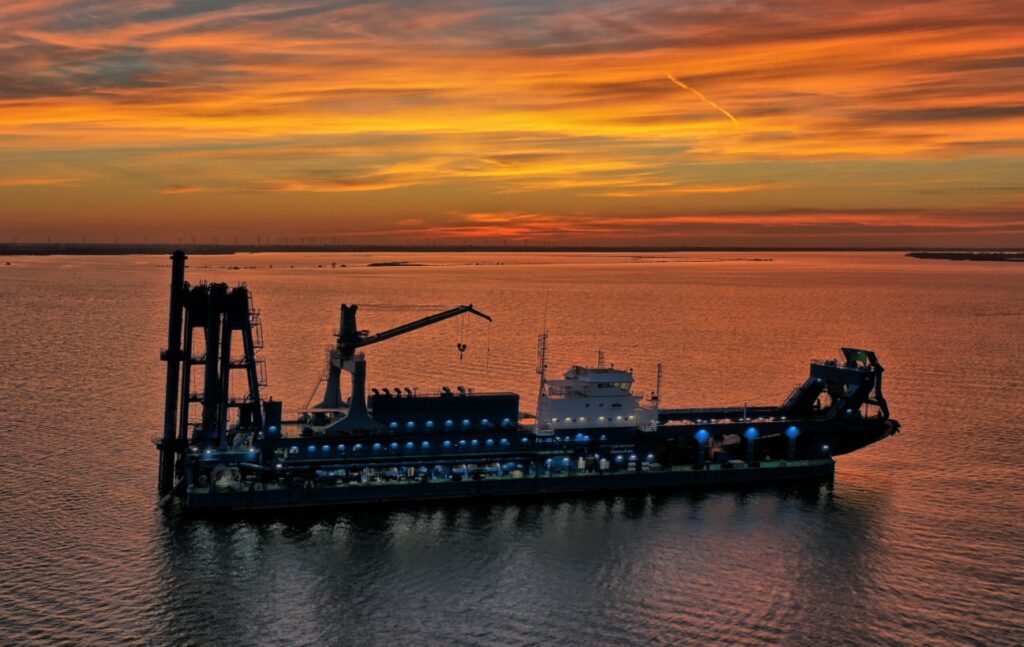