Wellington Harbour dredging about to start

CentrePort is about to begin removal of a build-up of sand in Wellington Harbour to ensure shipping has sufficient depth to operate, improving safety and efficiency.

According to CentrePort General Manager Logistics, Mark Thompson, ridges of sand have built up over several years in two areas of the shipping channels in the entrance to the harbour and need to be removed to improve the safe and efficient movement of vessels.

“The build-up has been caused by propeller wash in two areas located in stretch of water between Pencarrow Head and Seatoun which means deep draft ships are having to deviate from the usual entry and exit routes,” he said.

“Removing the sand will return the harbour to its original depth in those two areas allowing ships to use the established entry and exit shipping lanes.”

The Dutch Dredging company vessel Albatros will do the work which is scheduled to begin Thursday, 22 April, and take three-to-six days to complete.

Approximately 22,000 cubic metres of sand will be removed to return the channels to their previous depth.

The sand will be deposited at a site near CentrePort’s Thorndon Container Wharf – previously used for depositing dredged material from the berths at Aotea Quay following the 2016 Kaikoura earthquake. 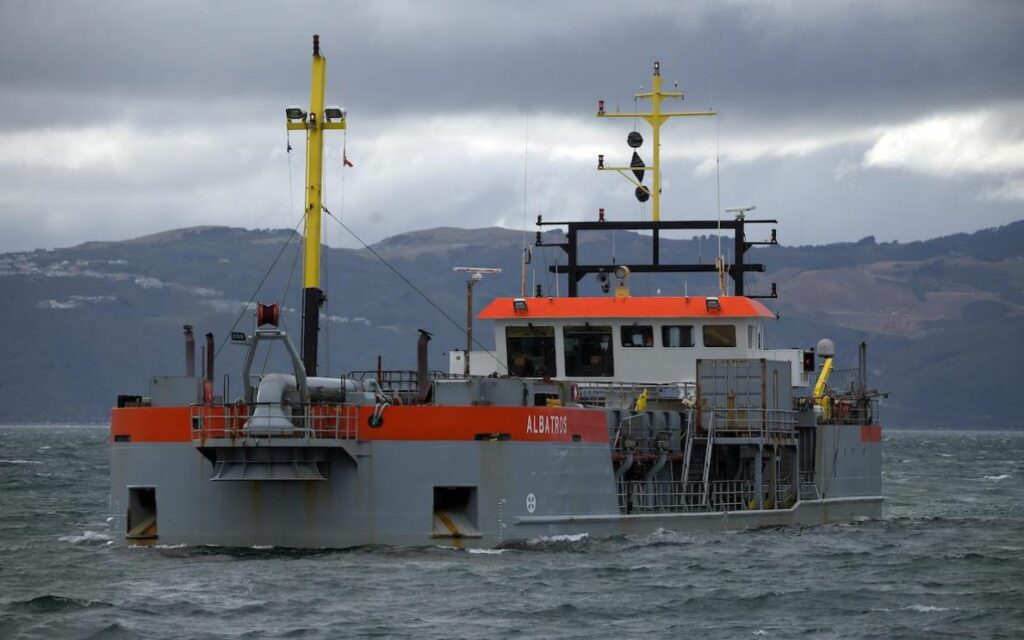