To realise the company’s vision of zero emissions and a more sustainable future, Royal IHC is actively cooperating with all stakeholders – including national governments, customers and suppliers.

The company is already an active member in joint industry projects such as ZERO JIP, Green Maritime Methanol, and READINESS. By entering into such partnerships, barriers can be lowered, and the risks of investment reduced.

In an innovation partnership with the Dutch Rijkswaterstaat (the Directorate-General for Public Works and Water Management), Royal IHC is exploring a new type of vessel that is referred to as the “LEAF” (low energy adaptive fuel) hopper. The exploration phase began at the beginning of 2019, with the aim to develop a vessel that will be operational in 2024.

Rijkswaterstaat has the ambition to become CO2 neutral by 2030, so it needed to come up with cost-effective solutions that could significantly reduce CO2 from 2023. With this in mind, Royal IHC has been developing a hydrogen-powered trailing suction hopper dredger (TSHD) that will be used to maintain the Dutch coastline.

In terms of emissions, the LEAF hopper releases only water vapour. A minimal amount of CO2 SOx, NOx and particulate matter is released during the construction of the vessel and in producing green hydrogen.

In addition, many design features on the LEAF hopper contribute to low energy consumption, including an electric drive train and energy recovery systems. 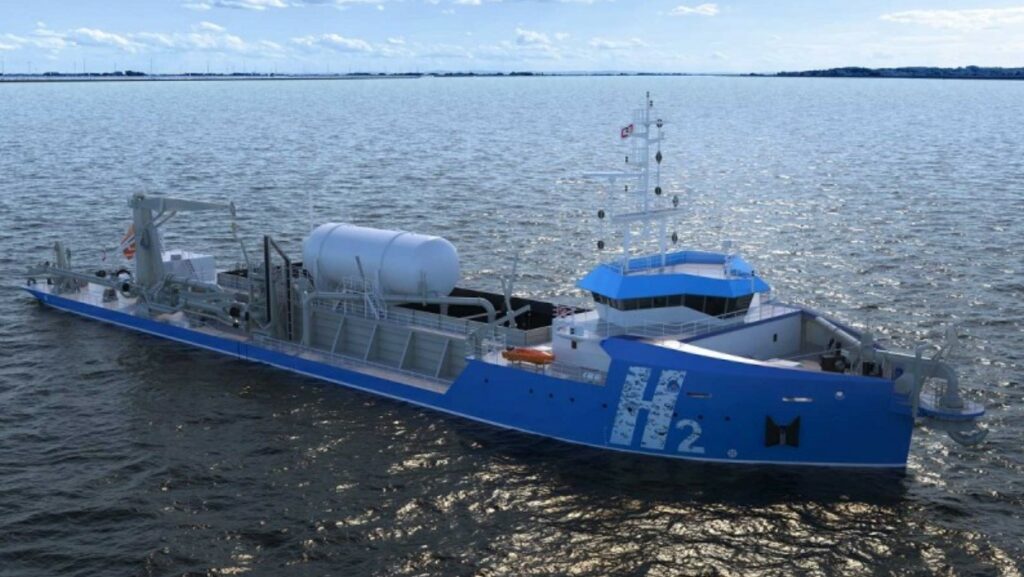