The rebuild of the Shute Harbour Marine Terminal is on track and expected to be completed by mid September 2021, weather permitting, Whitsunday Regional Council informs.

The new seawall has been constructed, with the level of the entire facility and carpark raised by an extra metre for greater resilience to storm surge in the future.

Also, Finger Pontoon 1 arrived last month by road from Townsville and has been reinstalled at Shute Harbour.

According to the council, the remaining two refurbished finger pontoons are expected to arrive in the next few weeks.

The overall $54.5 million restoration project will see a complete rebuild of the seawall, terminal, pontoons and carpark at the Shute Harbour marine facility. Construction on the new seawall began in January 2020. 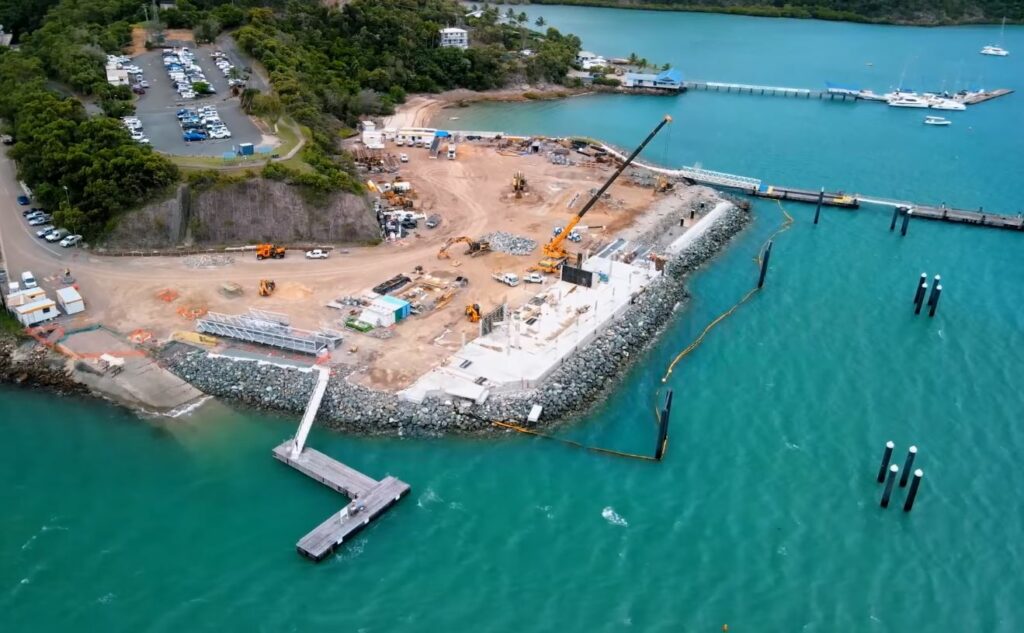