Work begins this week to move sand from where it builds up at Semaphore to eroded sections of West Beach – part of the South Australia Department for Environment and Water’s regular beach replenishment program.

Sand will be collected initially from the Semaphore South breakwater at Point Malcolm, which has been designed to trap sand, and moved by truck to West Beach.

Sand will also be collected from between the Semaphore jetty and north of the Largs Bay jetties as part of the works.

Prior to this, from today, a small amount of sand is being moved from the Torrens Outlet to the Rockingham Street dunes at West Beach as a rapid response to address erosion at this vulnerable location before the sand from Semaphore is delivered.

Sand is normally moved in spring to provide sandy beaches for summer and again in autumn to protect the coast through winter. However, in response to community feedback in Semaphore, as a trial, the department will move sand to West Beach closer to winter this year in an effort to minimise disruption for residents and beachgoers.

Project Manager Securing Our Coasts, James Guy, said that “Adelaide’s coastline is one connected system, but some of our beaches experience significant erosion.”

“The sand along Adelaide’s coast naturally moves northward, by the wind and waves which causes sand to build up on our northern beaches, such as Semaphore, and causes sand loss and erosion along our southern and central coast such as West Beach and Henley Beach South,” he said.

“The works will be happening between May and July and are subject to change depending on the weather and tides.”

Last month, Minister for Environment and Water, David Speirs, announced that the state government plans to deliver up to 250,000 cubic metres of sand to help replenish the eroding West Beach. 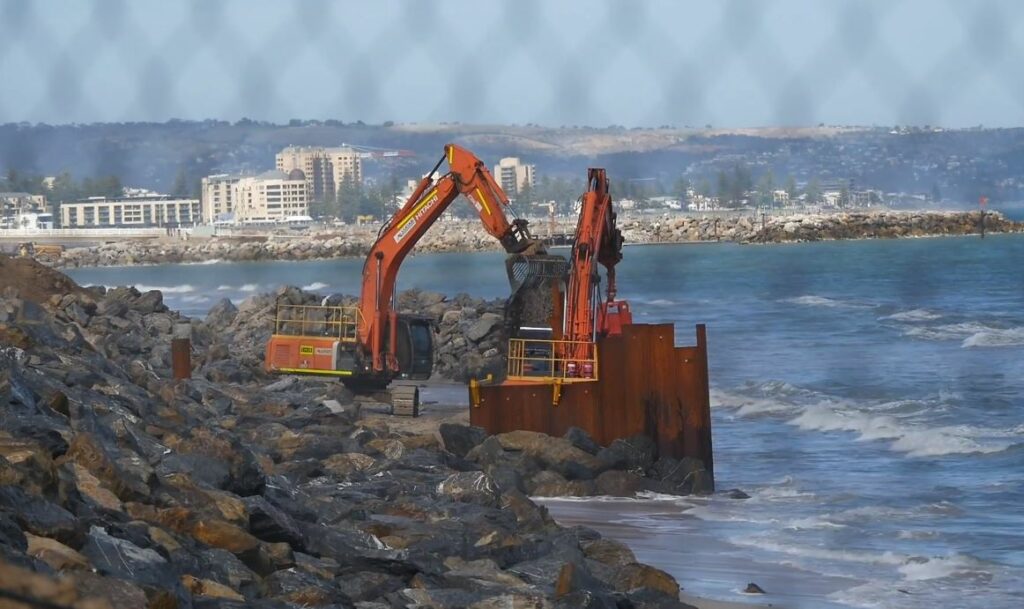