The Town of Longboat Key, Florida, has just released the latest update on the town’s 2021 beach renourishment project.

According to the update, the contractors have completed much of the work on the main part of the island and are now focusing on the North end groins and the New Pass dredging and groin tightening.

Earlier this week, Cottrell Contracting began dredging sand from New Pass for placement along southern Longboat Key, from the Sanctuary to Sands Point.

The New Pass dredging project has been advanced for completion in late July.

The officials also added that Kelly Brothers has completed the northernmost rock groin N-3 on Greer Island. This week, they will shift work from rock groin N-2 to rock groin N-1. They plan to construct rock groin N-1 in its entirety and then shift back to complete the landward portion of the N-2 structure.

Moreover, the officials concluded that Weeks Marine dredge E.W. Ellefsen will return to the project area in late July / early August to construct beach segment 1, in the vicinity of the rock groins. 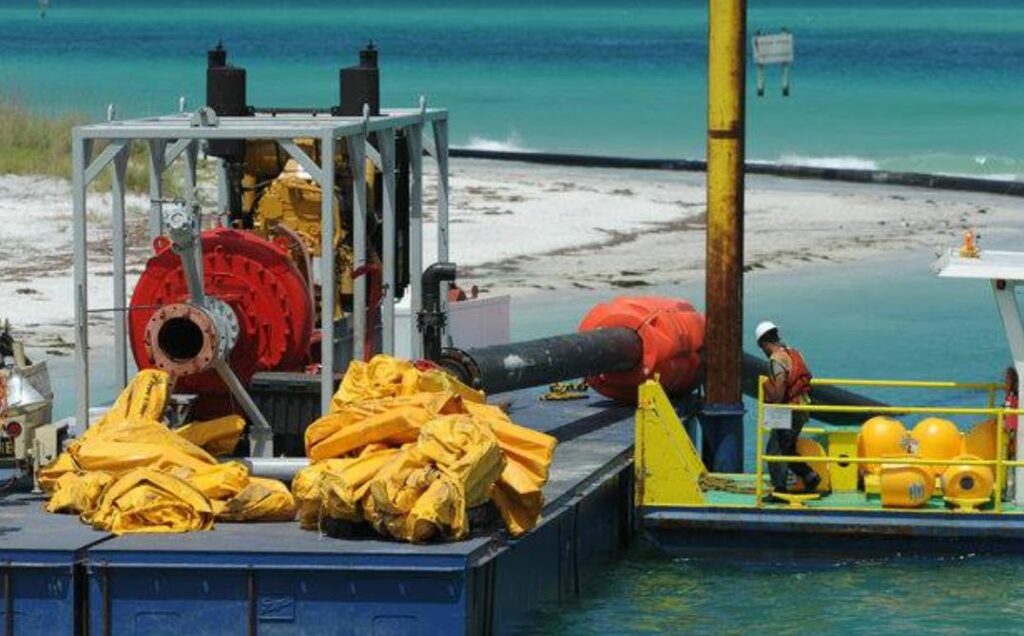