Boost for East Side Coastal Resiliency

ESCR is a $1.45 billion climate resiliency project that will bolster flood protection and improve open spaces for more than 110,000 New Yorkers – including 28,000 public housing residents – on Manhattan’s East Side, from East 25th Street south to Montgomery Street.

These neighborhoods, which were pummeled by Hurricane Sandy in 2012, will now be home to one of the most ambitious infrastructure and climate justice projects in New York City history.

The project is being managed by the New York City Department of Design and Construction.

“East Side Coastal Resiliency is one of the boldest and most ambitious infrastructure projects in this city’s history, and these improvements will help make Manhattan more accessible and safer than ever from the worst effects of climate change,” said Mayor Bill de Blasio.

“Our investments will add open space and recreation, while contributing to a more fair and equitable recovery for communities that were badly affected by both Sandy and the pandemic.”

“Climate change poses a profound challenge to this city’s future, and projects like East Side Coastal Resiliency will make New Yorkers safer for generations to come,” added Deputy Mayor for Operations, Laura Anglin.

ESCR will include an integrated 2.4-mile system of raised parkland, floodwalls, berms and movable floodgates to create a continuous line of protection against sea level rise and the growing threat of stronger, more severe coastal storms worsened by climate change. 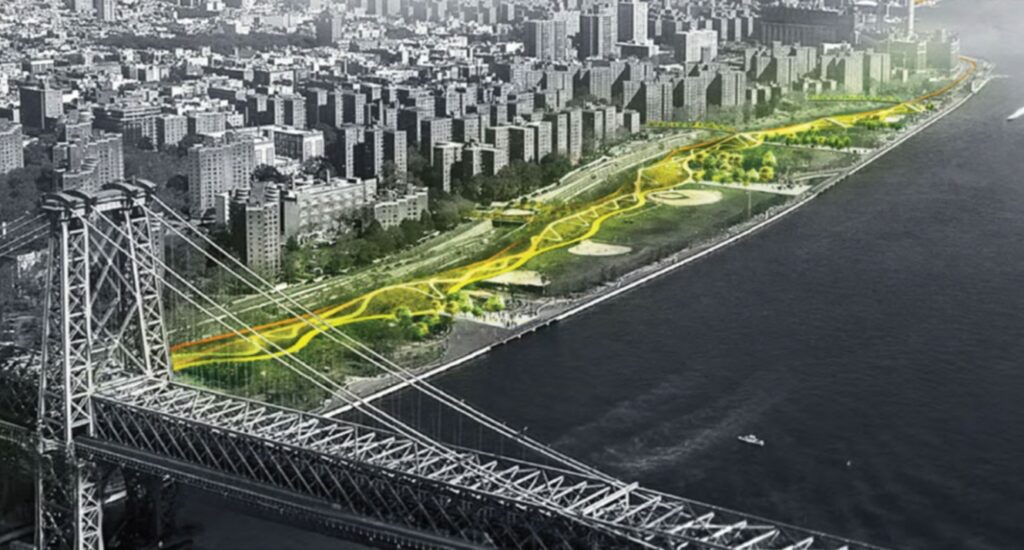