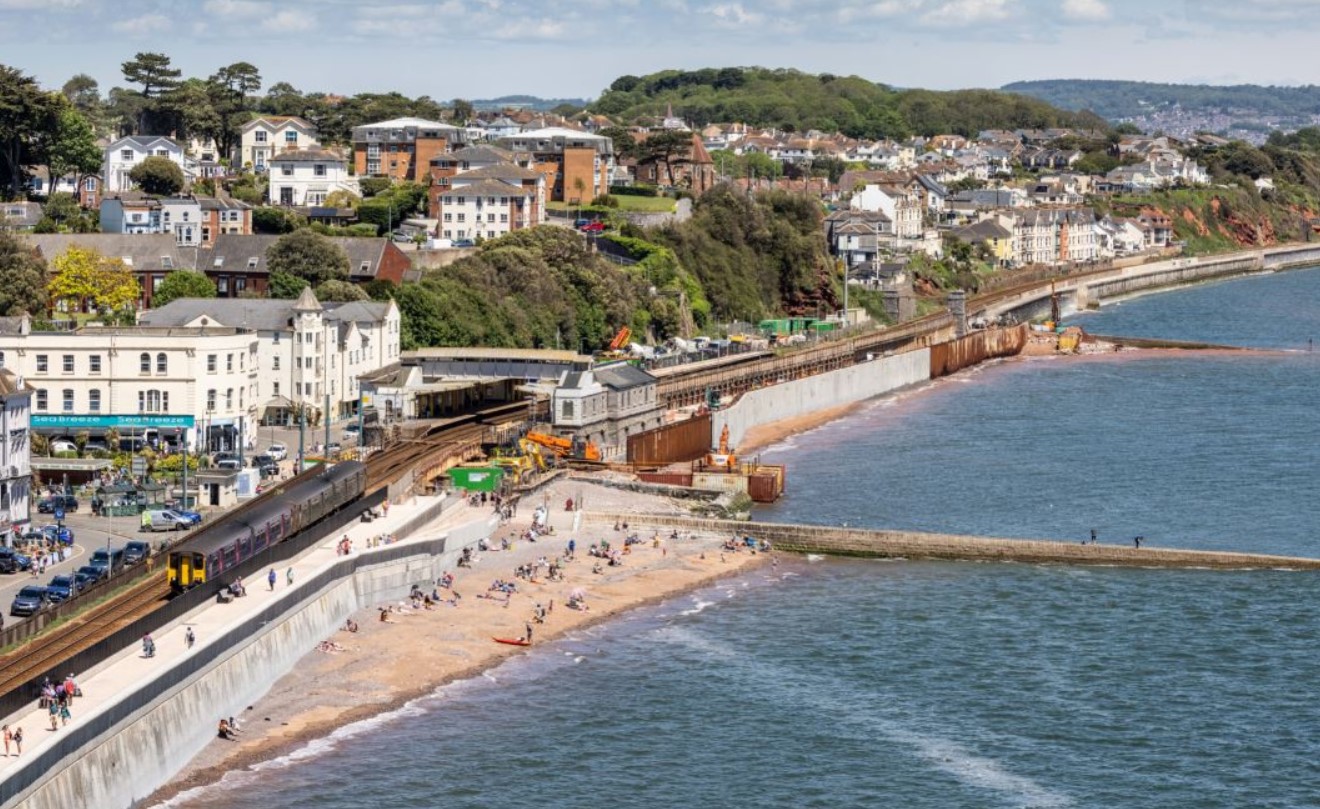 Network Rail’s coastal protection scheme on the south Devon coastline is benefitting from the latest in construction technology, with low carbon concrete being used to reinforce the new, bigger sea wall structure at Dawlish.

Following a devastating storm in February 2014 which struck the coastline at Dawlish and cut off the only railway line to the south west, Network Rail is in the midst of its work to improve the resilience of the railway which will safeguard rail services and protect the community for at least the next 100 years.

Delivered by BAM Nuttall, the new sea wall is making use of low carbon concrete supplied by Hanson UK. The concrete makes use of a by-product created in the manufacture of steel to replace a large proportion of the cement, which would otherwise be required to build the structure.

Traditional concrete accounts for seven per cent of global carbon emissions worldwide (1.5 per cent in the UK) due to the energy intensive processes required to create cement.

To date, construction of the second section of new sea wall has used 4,600 cubic metres of low carbon concrete, with around 4,500 cubic metres remaining to pour.

By using Hanson’s low carbon ‘Regen GGBS’ concrete, the Dawlish project will have reduced the amount of carbon generated by this process by two-thirds and saved over 1,130 tonnes of carbon dioxide from entering the atmosphere in comparison to traditional concrete.

Construction of the second section of sea wall is progressing well. Since work first began last November, the piling has been successfully delivered and 126 of 143 concrete wall panels have been installed. The remaining wall panels will be installed by the end of the month and will be followed by the fitting of the curved wave returns on top of the wall panels.

This second section of sea wall is expected to take around two years to complete and once finished, this 415 metre section which stretches from Coastguard breakwater east of Dawlish station to Colonnade breakwater, will link up with the already completed first section of sea wall at Marine Parade.

Julie Gregory, Network Rail senior sponsor, said: “To protect the railway at Dawlish we need to build a robust sea wall that can withstand the worst weather that the English Channel can throw at it. It was important that we carefully considered how the project can limit its carbon footprint and reduce the chances of it contributing to further climate change, and we are delighted how BAM Nuttall are helping us achieve this by delivering this low carbon alternative to traditional concrete.”

Jack Brookes, site agent, BAM Nuttall, said: “From the earliest phase of this project, we have considered how this scheme can limit its environmental impact without compromising the strength and resilience of the structure. The final design uses piles buried deep in the bedrock to create stability for the structure. Those piles are protected by prefabricated facing panels created off-site and reinforced by concrete poured in behind the visible section of wall.”

“We identified Hanson’s low carbon concrete as an innovative product that could help us to reduce our carbon impact by two-thirds while retaining the strength of traditional concrete. We worked closely with Network Rail to ensure that the material is approved for use on Britain’s Railway and look forward to seeing it being used in more major civil engineering schemes,” added Brookes.

“The production of cement requires limestone to be heated to over 1,450 degrees Celsius, which makes it energy intensive to produce and creates carbon dioxide as a result of the production process. The low carbon concrete solutions on this job contain high levels of Regen GGBS (ground granulated blast furnace slag), a by-product of steel making, as a replacement for some of the cement content, which reduces the CO2 emissions associated with the concrete,” concluded Cullimore. 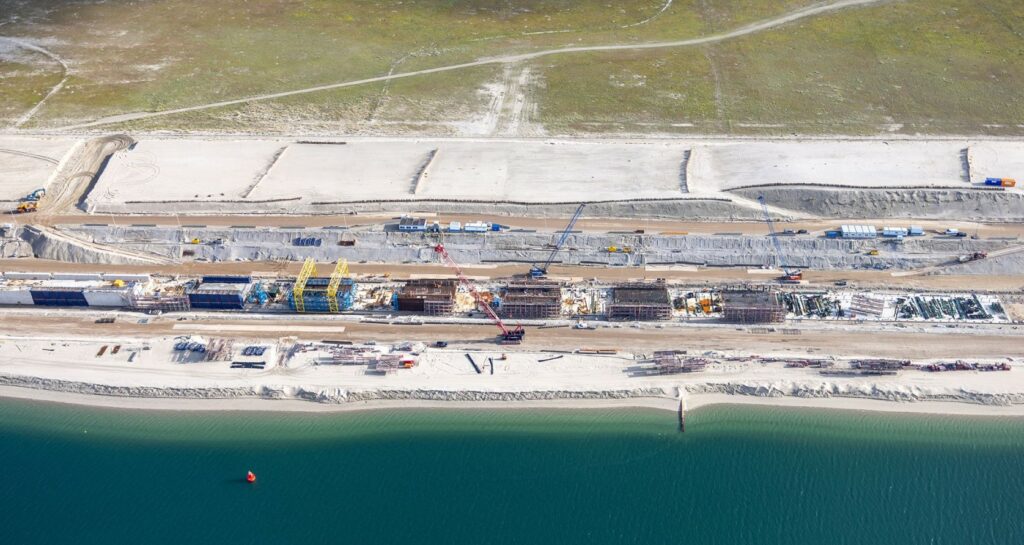