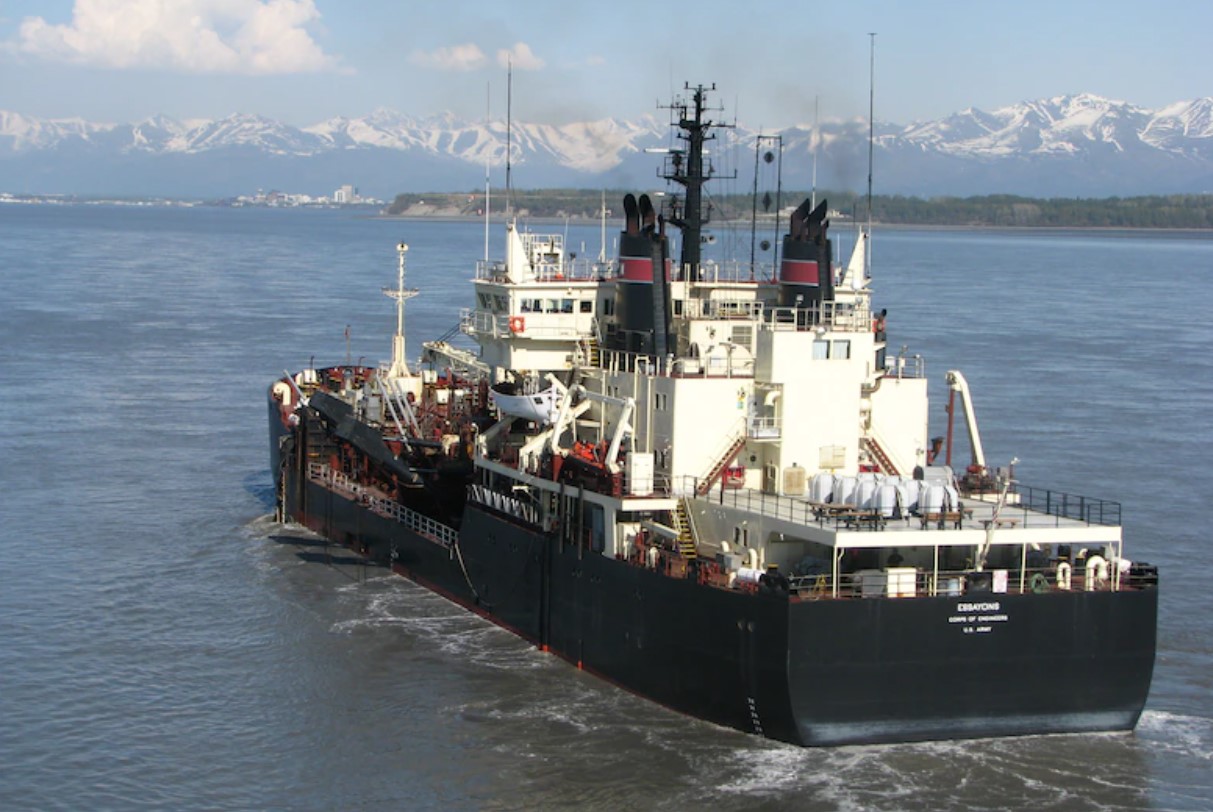 The U.S. Army Corps of Engineers, Portland District has just released an interesting story on how the Big Bertha is heading to Benson Beach to battle erosion.

Off the coast of Oregon, Big Bertha moves in the water, inching toward land. Bertha, as her government creators to refer to it, is the result of three years of inter-agency planning.

Her architects; some of whom work for the Portland District; conscripted half of Portland District’s dredge fleet to scrape the river bottom and collect what was to become Bertha: a migrating mound of sand.

Rod Moritz is a hydraulic engineer and project manager with Portland District, and has overseen the sediment project/pilot study. “In this case, Bertha is a new life for Peacock Spit and Benson Beach,” said Moritz.

Peacock Spit and Benson Beach lie near the Mouth of the Columbia River. The area is known as the Pacific’s Graveyard for one reason: the explosive kinetic energy of the river as it collides with powerful ocean currents births some the most devastating waves mariners have ever experienced. Both the spit and beach are named for ships that wrecked in the area.

Those same merciless waves shorten nearby beaches through erosion. According to the National Oceanic and Atmospheric Administration, in the United States, coastal erosion is responsible for roughly $500 million per year in coastal property loss, including damage to structures and loss of land.

Areas like Benson Beach need the sandy shorelines to absorb the power of ocean waves, reducing them to a gentle wash of water across the beach.

Enter the Portland District, which operates dredges that are in the business of slurping up sand and sediment from federally navigable river bottoms (ensuring safe passage for vessels) and then burping that sand out into pre-determined and vetted locations elsewhere. That “elsewhere” is a location that has been approved and vetted through an extensive inter-agency regulatory process.

The placement area for Benson Beach and Peacock Spit is known as the North Head site. 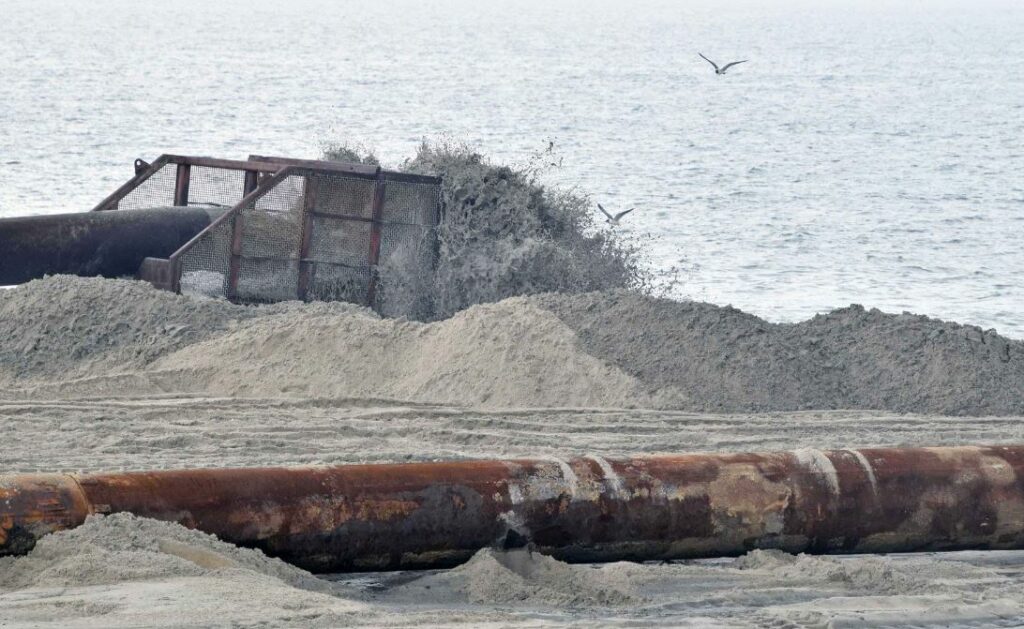