Replenishment of Babe’s Beach about to begin

This summer, Galveston Island’s Babe’s Beach, is getting a new round of fresh sand.

The U.S. Army Corps of Engineers, Galveston District is partnering with the Galveston Park Board of Trustees, the City of Galveston, and the Texas General Land Office (GLO) on Babe’s Beach in an ongoing effort to maintain and protect Galveston’s beaches – all at no additional cost to local residents.

“The replenishment of Babe’s Beach, which begins west of 61st Street, is scheduled to start this summer,” according to Andrew Cook, an Operations manager with the USACE Galveston District. “To support this project, we are placing the sand — called Beneficial Use of Dredge Material (BUDM) — from our required dredging of Galveston’s ship channel to replenish this beach area. Up to 950,000 cubic yards of beach-quality sand harvested from the dredging project will be used to renourish Babe’s Beach.”

The project is funded through a variety of programs, including the GLO Coastal Erosion & Planning Response Act (CEPRA); the City of Galveston Industrial Development Corporation (IDC) 4B Sales Tax; and Gulf of Mexico Energy Security Act (GOMESA).

Additionally, this project was paid for [in part] with federal funding from the Department of the Treasury through the State of Texas under the Resources and Ecosystems Sustainability, Tourist Opportunities, and Revived Economies of the Gulf Coast States Act of 2012 (RESTORE Act).

This is the third beach nourishment project at Babe’s Beach since 2015. Most recently in 2019 USACE added approximately 711,000 cubic yards of sand to the beach. 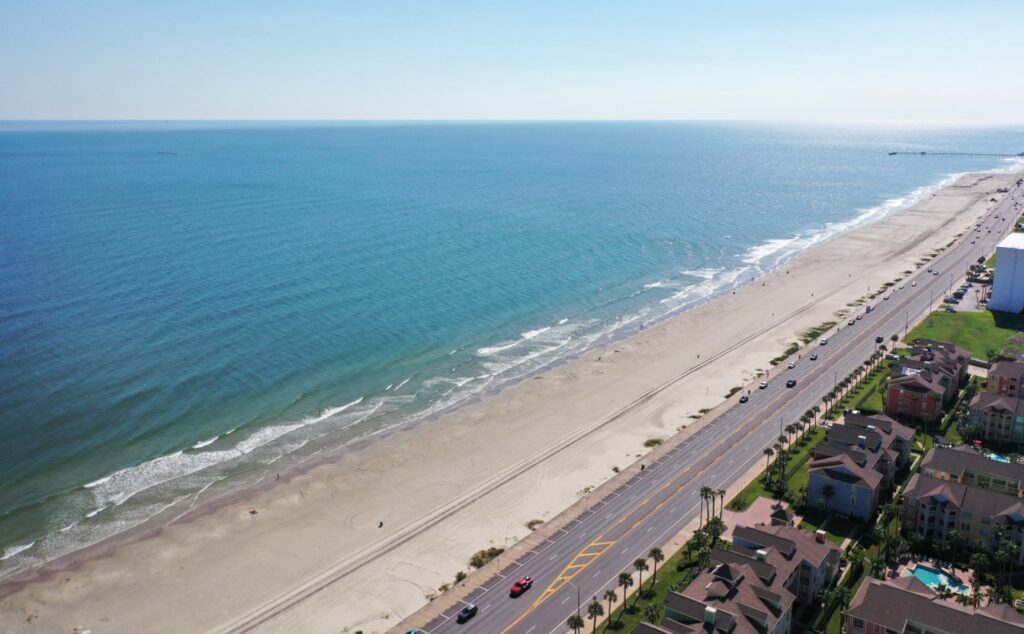