The dredge hull, deckhouse, ladder and other structural items will be fabricated from 316 Stainless Steel.

The new B590E dredge integrates the following features, including customization based upon customer-specific requirements including:

Ellicott also announced that the State of Ohio recently purchased another 460SL Swinging Dragon® dredge for maintaining the depth at Buckeye Lake. The Ohio Department of Natural Resources (ODNR) already has several of these units.

As reported, the new dredge will replace one of ODNR’s oldest dredges, the “Buckeye”, which dates back to 1965.

Ellicott’s 460SL dredge offers the versatility to operate as either a swinging ladder dredge for narrow channels or as a conventional dredge when wider swing widths are needed for optimal production efficiency. 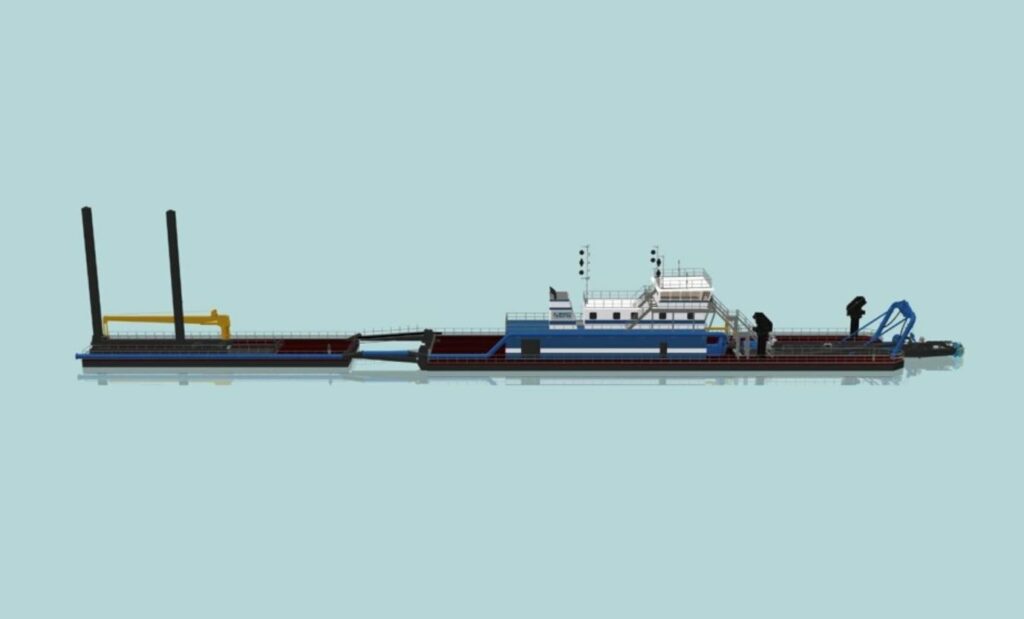