As of 2021, two safety awards will be given: one to a dredging company and a second will be granted to a supply chain organisation active in the dredging industry. This concerns subcontractors and suppliers of goods and services.

Boskalis is in the start-up of a new company for its Self-Moving Traffic Barrier (SMTB). A prototype of the easy to move barrier has been built to be used in the A9 project.

The idea of a Self-Moving Traffic Barrier (SMTB) came about during the Houtribdijk project and was submitted to the Boskalis Innovation Challenge.

Due to ecological restrictions, it was not possible to move barriers during the night. This meant everything had to be done during the daytime, which not only caused traffic congestion but on occasion also unsafe situations.

Hence, Boskalis came up with the idea of a Self-Moving Traffic Barrier (SMTB) – a barrier that can easily be moved and creates a safe work environment for all its employees. The design of the barrier is robust making it a safe construction and its use can also prevent having to close a road, in turn avoiding possible inconvenience to road users.

An innovative quick coupling system for floating pipeline that reduces the manual handling to one single operation, creating a saver, faster and watertight floating-pipeline connection.

APT Global Marine Services’ quick coupling system creates a saver, faster and watertight floating pipeline connection. The innovative system for floating pipeline reduces the manual handling to one single operation. Furthermore, the pipelines are floating during the coupling, which results in minimal use of the crane and excludes any (heavy) lifting. All this while the connection is solid and watertight.

By excluding lifting operations, the potential safety threat from working underneath the pipeline is eliminated. In addition, the hands-free connection removes the risk of hands being injured by the flanges.

Furthermore, the connection of two sections of pipeline is established by one single spanner operation in a matter of minutes, which reduces the amount of handling to the bear minimum. Lastly, the influence of external factors such as weather and sea conditions is less. 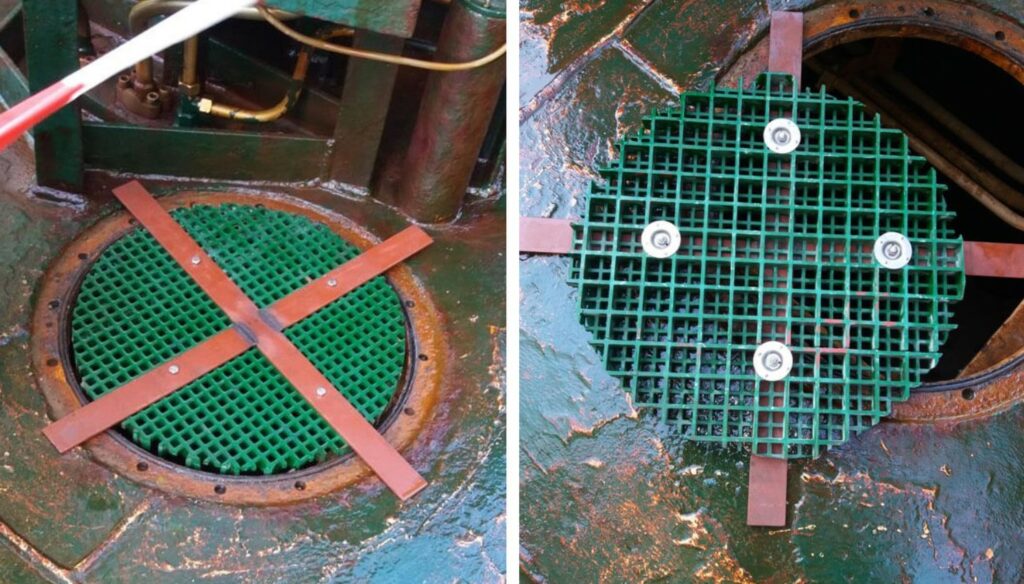