The U.S. Army Corps of Engineers has announced the release of a draft report for the New Jersey Back Bays Coastal Storm Risk Management Study.

The report outlines a ‘Tentatively Selected Plan’ framework, which includes three storm surge barriers, two cross-bay barriers, and the elevation of more than 18,000 structures to reduce the risk of flood damages associated with storm surge.

It’s important to note that the plan is subject to change. It has not yet been approved by higher authorities, including Congress, and has not been funded for implementation at the federal or state level.

The Army Corps, in partnership with New Jersey Department of Environmental Protection, is conducting the feasibility study within the New Jersey Back Bay area, defined as the network of interconnected tidal water bodies located landward of the New Jersey ocean coastline in Monmouth, Ocean, Atlantic, Burlington, and Cape May Counties.

The study area includes approximately 950 square miles and nearly 3,400 miles of shoreline. The objective of the study is to investigate problems and solutions to reduce damages from coastal storm-related flooding that affects population, critical infrastructure, property, and ecosystems.

Engineering and economic analyses indicate the study area could experience $1.8 billion in average annual flood damages if no action is taken.

The Army Corps will host virtual public meetings to discuss the report and answer questions on Sept. 20 and 21: 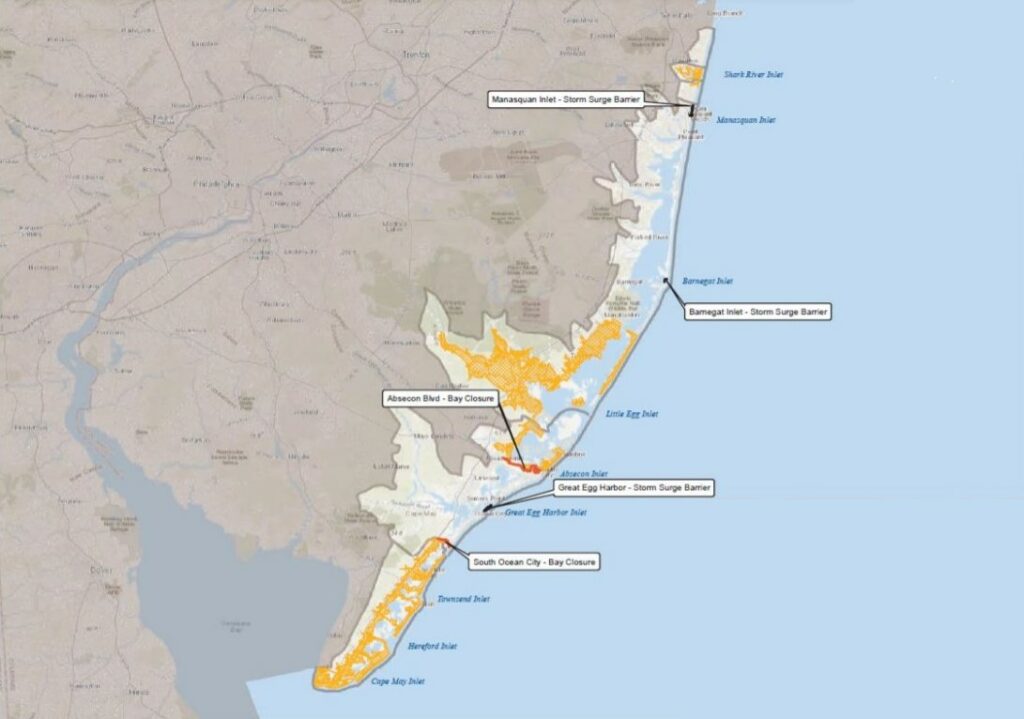