After placing of 4,500 tons of stone and 150 cubic yards of concrete recently, the USACE Los Angeles District marked the completion of repairs to the east jetty at Newport Bay Harbor, CA.

Maintenance dredging of the harbor, part of the same project and which started alongside the jetty repairs in April, is scheduled for completion this week.

The jetty-repair portion of the project included concrete repair to the jetty itself and stone placement along the jetty walkway to raise the revetment height.

According to USACE, the added stones serve to minimize the fall hazard and dissipate the force of the seawater, especially during rough conditions, swells and high tides.

“The intent of the jetty repair was to make it safer for the public, and it felt good to see the project completed so we could restore public access to the structure in this new-improved, safer form,” said Mark Golay, LA District Navigation Branch program manager.

The dredging portion of the project comprises two parts:

By the end of this project, dredging work will have deepened the seabed in both sections back to the authorized federal depth of -20 feet Mean Lower Low Water, or MLLW. 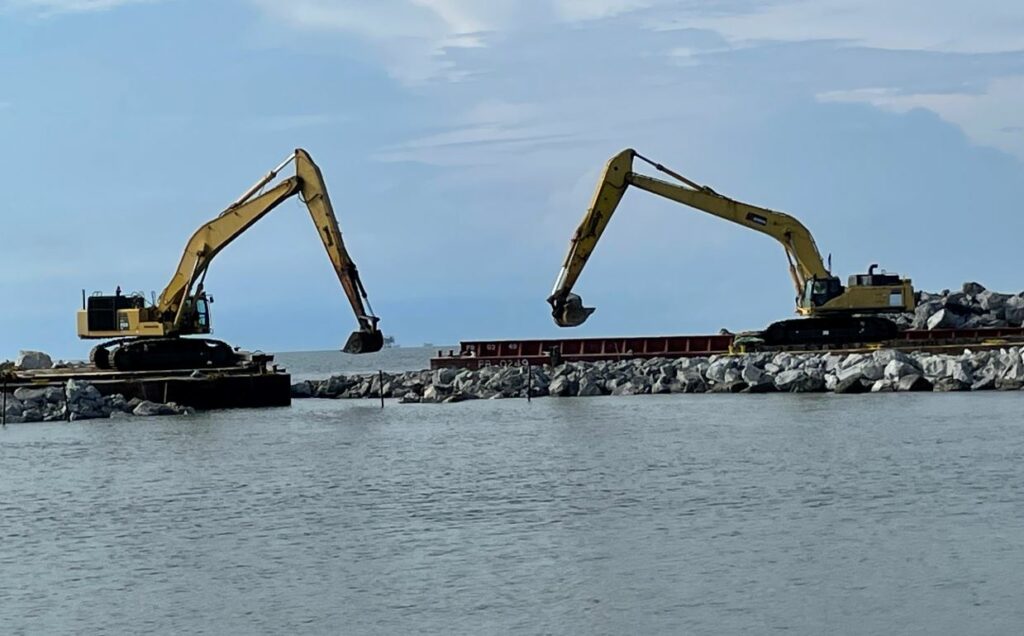