As part of its $15 million REDI Regional Dredging Project, the NY State removed a significant amount of sediment from the Salmon River navigation channel last month.

This dredging program is set to allow continued passage of watercraft, safeguarding recreational access and ensuring these waterways continue generating economic activity that is critical for shoreline communities.

The dredging of up to 20 navigation channels along Lake Ontario’s south shore and the St. Lawrence River is a significant aspect of the Governor’s $300 million Resiliency and Economic Development Initiative (REDI).

The Salmon River/Port Ontario project, which included the river channel between the north and south breakwaters, removed approximately 3,600 cubic yards of sediment from the navigation channel.

The dredging was undertaken with a long reach excavator on a barge, supported by dump scows and a tugboat.

Sediment removed from the waterway was placed downdrift of the channel’s breakwater. According to the NY State, this strategic placement will support natural beach nourishment and revitalization north of the river. 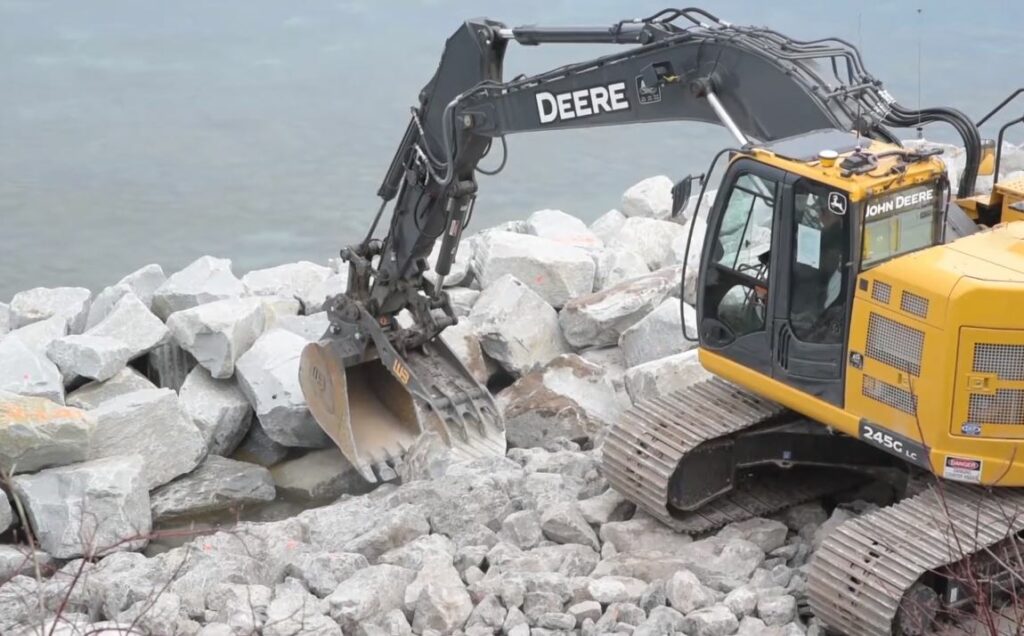