The Dinish Wharf Completion Works project in Castletownbere kicked off in August.

The scope includes the extension of the quay wall, construction of breakwater cells, dredging of the navigation channel and berth pocket along with all associated ancillary works.

Earlier this week, Sorensen Civil Engineering’s Sumitomo 160 tonne crawler crane was getting ready for its maiden voyage on the Wilcarry Barge.

According to the Sorensen’s latest project update, “huge planning and preparation has been put in by our site team to allow works to commence on the breakwater cells later this month, the majority of which will be constructed from the barge.” 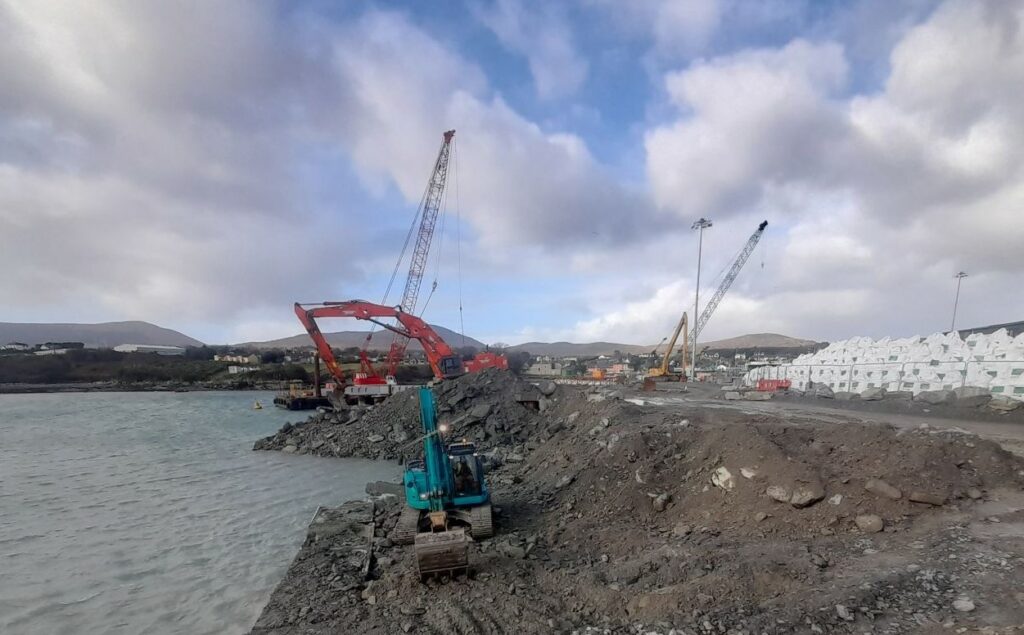