Two rivers are being made bigger this autumn to help reduce flood risks across 150 square miles of the Somerset Levels and Moors.

The River Sowy-King’s Sedgemoor Drain Enhancements Scheme (Phase One) is being delivered for Somerset Rivers Authority by the Environment Agency.

The rivers’ capacity to carry flood water is being increased by techniques such as creating new banks, raising low spots and reshaping existing banks, and making a new backwater.

The scheme is being partly funded by Growth Deal money from the Heart of the South West Local Enterprise Partnership, as part of a wide-ranging programme of works spread over several years costing £7.2 million.

Cllr David Hall, Chair of Somerset Rivers Authority (SRA), said: “The aim of enhancing the capacity of the River Sowy-King’s Sedgemoor Drain system is to give people greater protection against flooding whilst also preserving the special nature and history of the Somerset Levels and Moors.”

“Our efforts are focused on improvements that will give flood risk management authorities more flexibility in dealing with the challenges of controlling excess water – which is vital, because nobody can know what surprises the weather will throw at us all.”

From Beer Wall down to the KSD an increase in the Sowy’s capacity of just over 40% is being targeted, for the KSD down to Parchey Bridge the target is just under 60%.

Six structures through which water flows into the KSD are also going to be raised and reinforced, to match the river’s increased capacity. 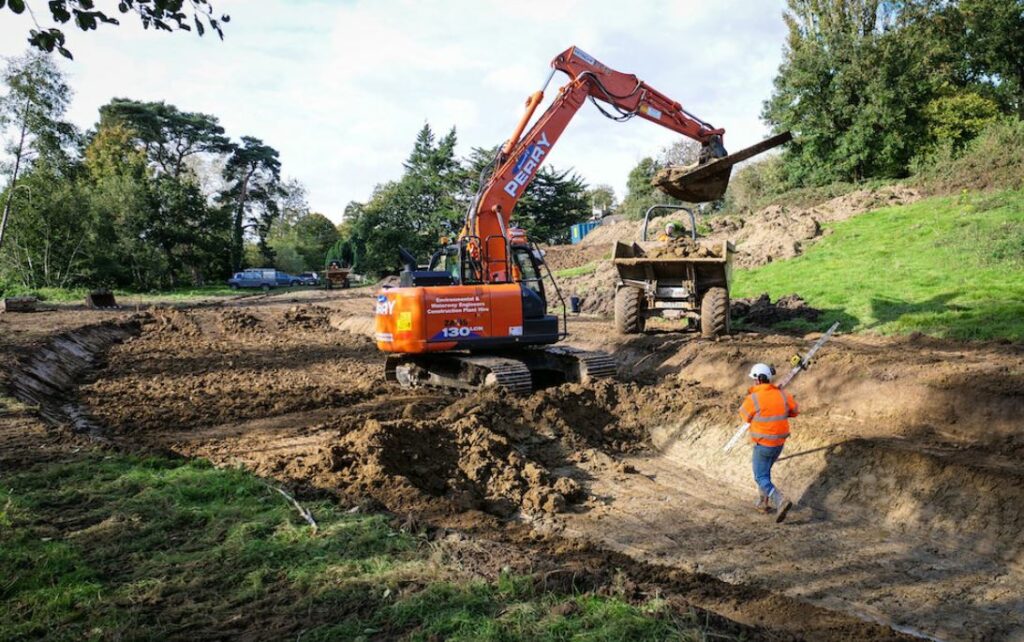