Michigan-based Ryba Marine Construction Co., has completed repairs to the section of the Buffalo North Breakwater breached by a severe storm in October 2019.

The storm caused extensive damage to the approximately 2,200-foot breakwater structure, including the 300-foot breach in the north end. Fixing its crest and slopes using a rubble mound armor stone overlay, the breach was repaired in less than two months.

According to the Army Corps, repairs to 400 additional feet of the north end and 425 feet of the south end of the structure will be completed in 2022. A contract award for work on the south end was awarded to Ryba Marine Construction Co. on September 22 for $4.79 million.

USACE also added that two more work packages have been approved in the Fiscal Year 2022 President’s budget for repair to the south head and middle section of the breakwater. Design of those sections is commencing, with a contract award expected in summer 2022.

“Navigation structures like the Buffalo North Breakwater are critical to the Great Lakes Navigation System,” said Lt. Col. Eli Adams, USACE Buffalo District Commander. “Repairs to the aging structure are an investment in safety and coastal resiliency. Without the continued support by our federally elected officials, this project would not be possible.”

The Buffalo North Breakwater was originally constructed in 1901 to protect the opening to the Black Rock Canal. The breakwater allows for safe navigation between Buffalo Harbor and Lake Erie. It also protects the Erie Basin Marina, Buffalo’s federal navigation channel and coastal shoreline.

Deep water wave and ice action, along with age, has contributed to breakdown of the structure over time. Significant repairs were last completed in 1984. 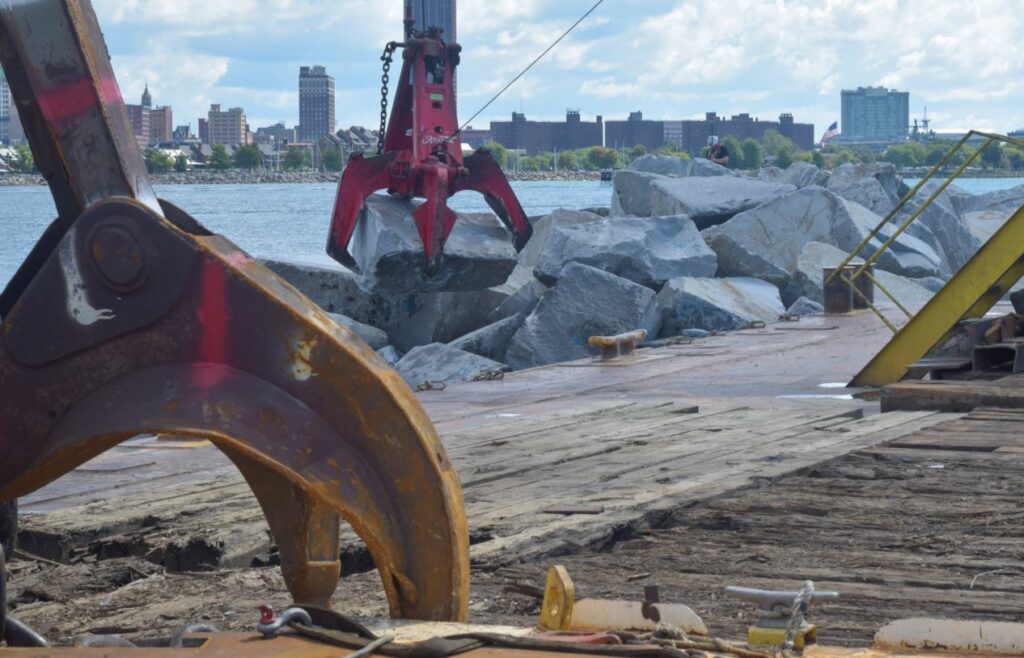