Over the next three months, the company’s hopper dredger Shoalway will deliver over 450,000 cubic metres of dredged sand from Liverpool Bay and the Irish Sea to the Bramley-Moore Dock.

Everton’s Stadium Development Director, Colin Chong, said: “This is a huge maritime engineering project and, in many ways, the very laying of the foundations for the new stadium. All the preparatory work so far, in raking the dock bed of unwanted materials and the relocation of marine life, has led to this important stage and now the dock itself has been sealed, work has begun on filling the dock.”

“A trailer dredger is connected to a discharge pipeline floating on the surface of the shore, and the sand is then fluidised in a hopper then hydraulically pumped, via the pipeline, over the River Mersey wall to a spreader pontoon within the dock,” added Chong. “This pontoon will then evenly distribute the sand within the dock and displace the water into a neighbouring dock and this continues until the reclamation of land is above the original dock water level.”

The resulting compacted and rolled surface will then be suitable for the piling process, which begins early next year. This will form the sub-structure of the new 52,888-capacity stadium.

The development in Liverpool’s Northern Docks is recognised as the largest single-site private sector development currently in construction in the UK. 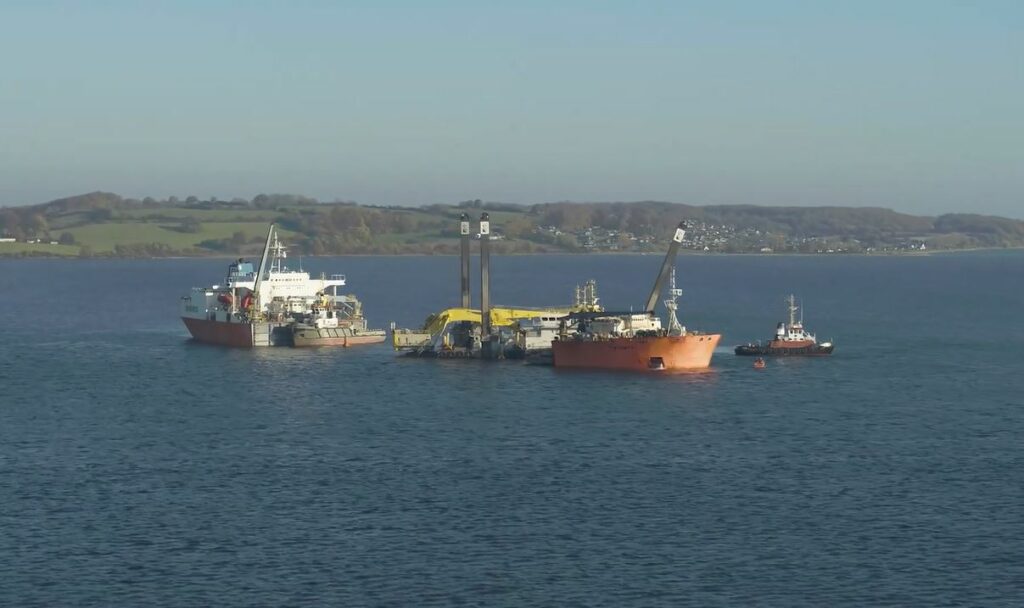