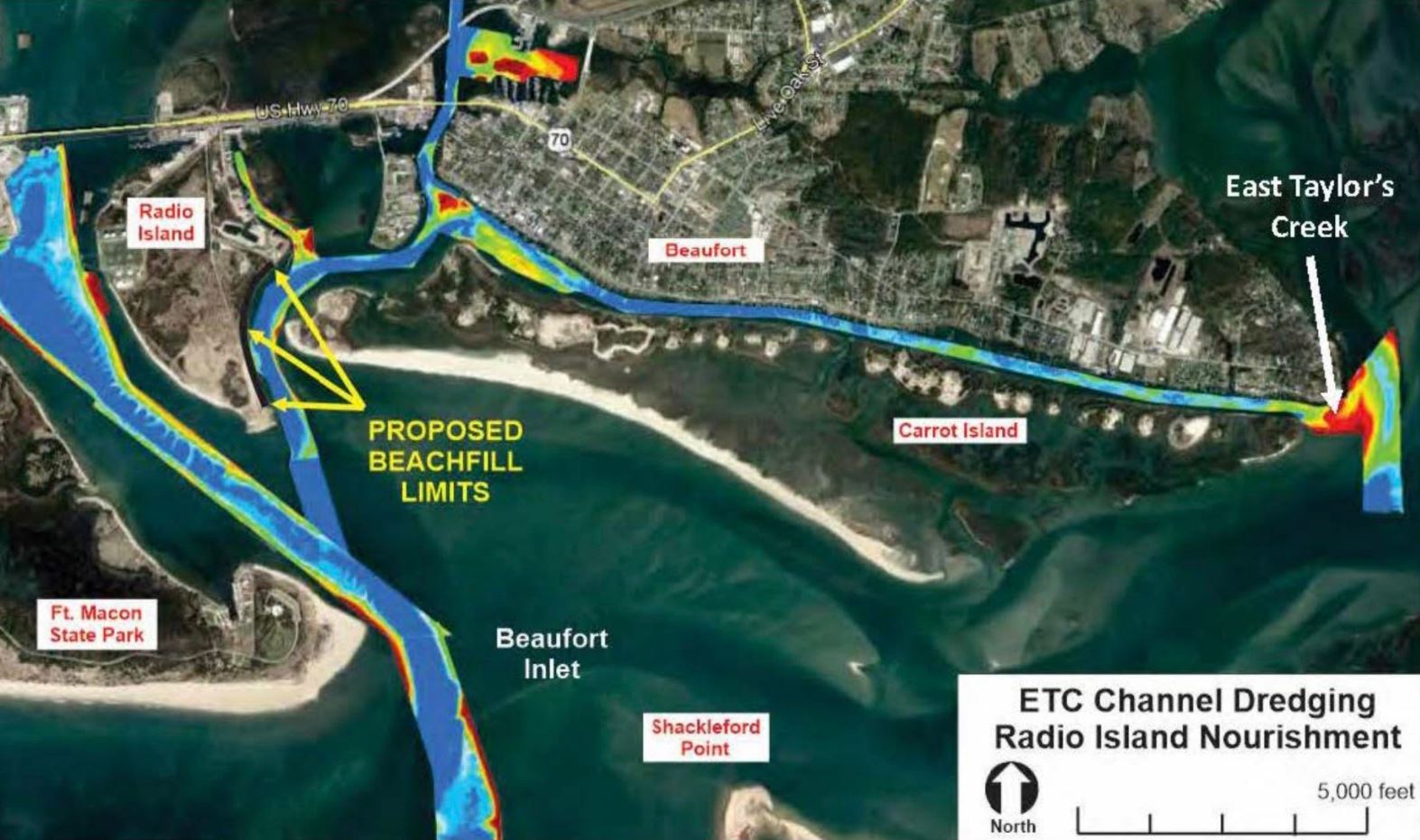 According to Gene Foxworth, county planning director, the county did get some “interest” from potential bidders, but no official bids.

“We will readvertise and plan to hold another opening shortly,” Mr. Foxworth said.

The county has been planning the project for several years. Initially, the idea was to dredge and realign east Taylor’s Creek to match the rest of the waterway, along the Beaufort waterfront, and to deposit the spoils on the Atlantic Veneer property on Lennoxville Road in Beaufort.

The plan is to use a 3.5-mile-long pipeline dredge to carry the material from the creek to the island. 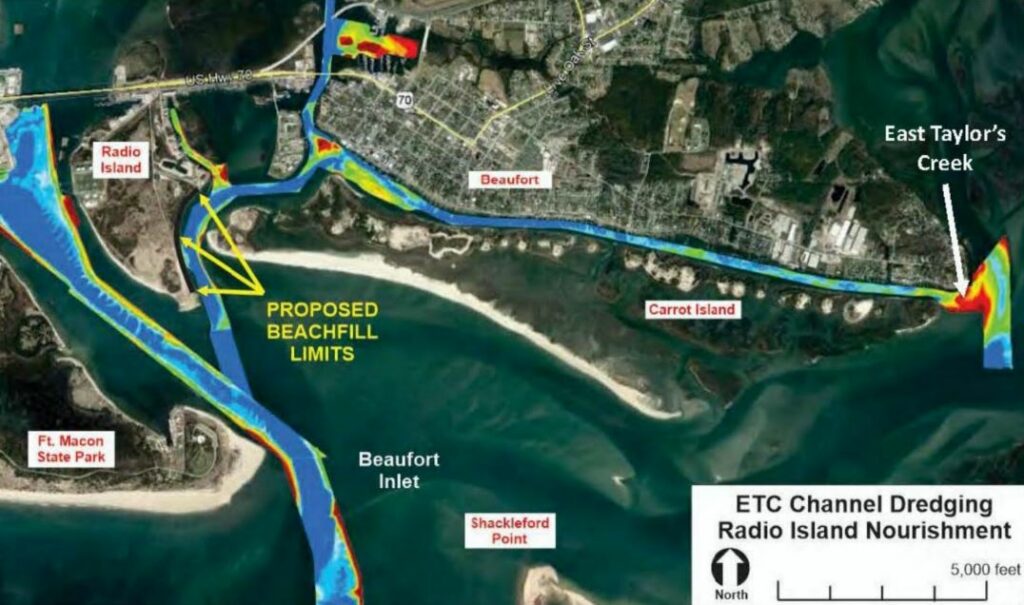