Department of Transport Western Australia has just announced that a record amount of sand has been moved in the annual campaign to provide safe navigation at Mandurah Ocean Entrance and to widen the Town Beach.

According to DoT, this was the largest ever campaign completed at Mandurah Entrance Channel.

Department of Transport (DoT) Director Coastal Facilities Donna West said that the annual sand bypassing and replenishment project, funded by the State Government and City of Mandurah at a cost of $1.58 million, had recently been completed with the largest amount of material moved in one campaign being recorded.

“Approximately 220,000 cubic metres of sand had been excavated from Halls Head Beach and pumped eastward on to nearby Town Beach during the five-month project which is essential to maintain the entrance channel,” Ms West said.

It was originally estimated that bypassing at the Mandurah Ocean Entrance this year would move a larger than usual target volume of 170,000 cubic metres. The final volume was beyond expectations, but necessary to match the natural sand movement experienced along this section of coast.

Ms West added that work is also underway at the Dawesville Channel to restore a level seabed near the Port Bouvard Marina and Estuary Entrance.

“The campaign will be completed prior to the peak holiday season and ensure safe navigation in the area before work starts on the annual channel bypassing program moving sediment northwards from Pyramids Beach to continue the natural movement of sand along the coast,” Ms West concluded.

Together, the Dawesville and Mandurah bypassing projects represent a $2.5 million investment in coastal management ensuring the safe navigation of the Peel Harvey Estuary and the protection of Mandurah’s beaches. 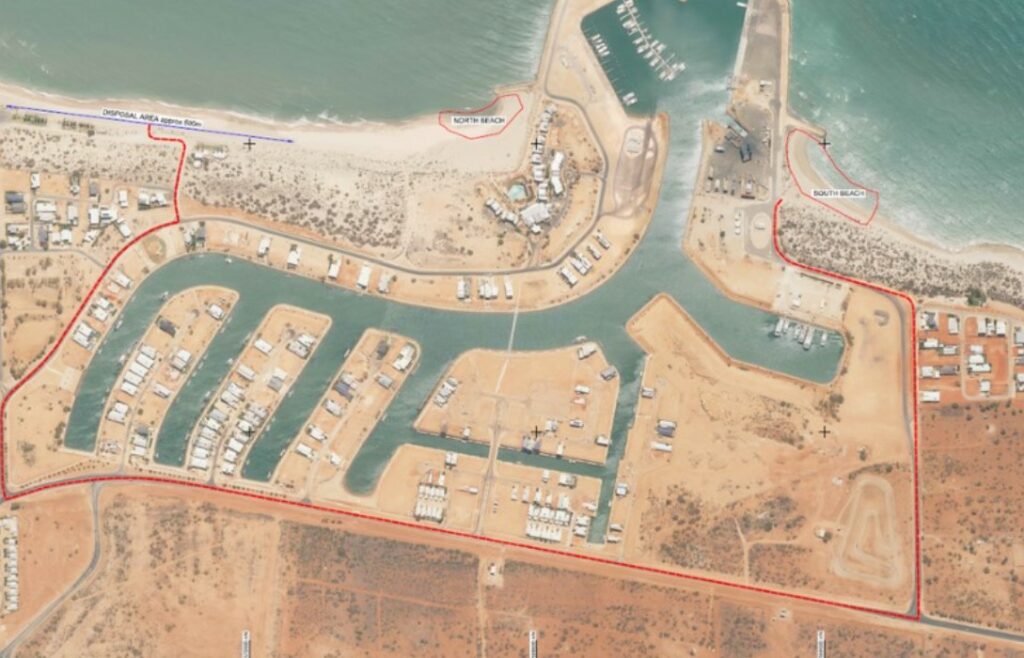