Starting today, December 27, the Town of Barnstable’s contractor Robert B Our Co., Inc. will begin the dredging of the Barnstable Harbor Outer Entrance Channel.

The work will consist of mechanically dredging approximately 4,200 cubic yards of sediment from the existing outer-portion of the Barnstable Harbor Entrance Channel in an effort to improve navigation.

According to the Town’s latest announcement, dredging operations will be conducted entirely from barges and the dredge sediment will be hauled away from the site via barge.

The dredged sediments will be offloaded at a contractor designated location and trucked to Sandy Neck Public Beach Parking Lot to be stockpiled and utilized for dune nourishment later in the season.

The dredging operation is expected to take approximately two weeks to complete, weather dependent. The barges will remain in the harbor throughout the project.

During this period, the Blish Point Boat Ramp will remain open for use by the public, the Town said.

Photo: Robert B Our Co 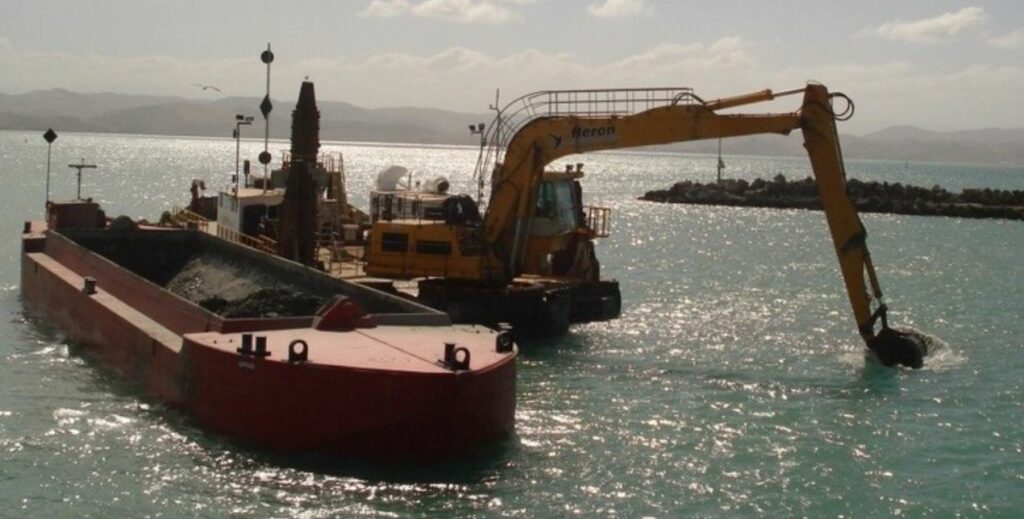