Maintenance dredging of the Washington state’s largest boat launch, the Jetty Landing Boat Launch is officially underway, according to the Port of Everett.

As reported, port contractor American Construction Company will stay in the area dredging the Jetty Landing Boat Launch until Feb. 15, 2022.

The $1 million project is removing up to 41,000 cubic yards (cy) of river sediment that has settled in the launch basin and is impeding launch access at low tide.

The Port of Everett, in coordination with the U.S. Army Corps of Engineers, sought and has been granted emergency authorization to expand its dredging footprint to mitigate a growing sandbar that has formed between the launch and the Snohomish River Federal Navigation Channel, announced the port.

They also added that an additional 9,000 cy will be dredged to create a connector channel through the sandbar to ensure critical emergency access.

As this dredging work is underway, the Corps is also completing their annual maintenance dredging in the upper and lower channels of the Everett Harbor and Snohomish River Federal Navigation Channel. 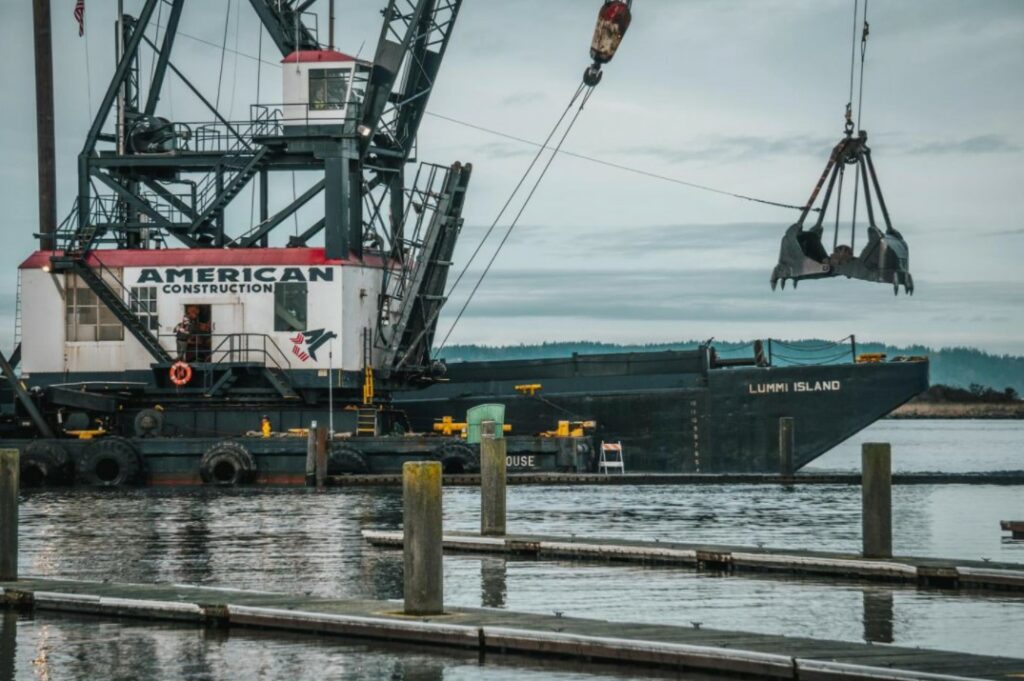