A major beach resiliency project is underway on Martha’s Vineyard, with dune restoration and the relocation of an oversand vehicle (OSV) trail taking place on South Beach and Norton Point Beach in Edgartown, MA.

The Trustees and Dukes County are project partners in this restoration work, which aims to strengthen the resiliency of the coastal landscape, while also protecting public access to the property.

Construction work on the Norton Point dune restoration began last November. In order to rebuild this badly eroded beachfront sand dredged from Katama Bay is being trucked from the dewatering site on Norton Point Beach to the dune construction area near the entrance to the OSV corridor.

With the dune works underway, the OSV trail had to be relocated northward, away from the ocean and behind the newly built-up dune.

According to Edgartown conservation agent Jane Varkonda, right now the crews are grading the sand, trying to get it stable. Trucking and grading of sand at the dune construction site is expected to be completed in the next couple of weeks after which plantings will be installed to act as the skeleton that will hold up the dune.

Once complete, the reconstructed 14 feet high dune will be a better barrier to storm surge and high tides, protecting the landscape, habitats, roads, and bridge behind it, as well as improving access by providing a buffer between the ocean and the narrow OSV corridor in the area. 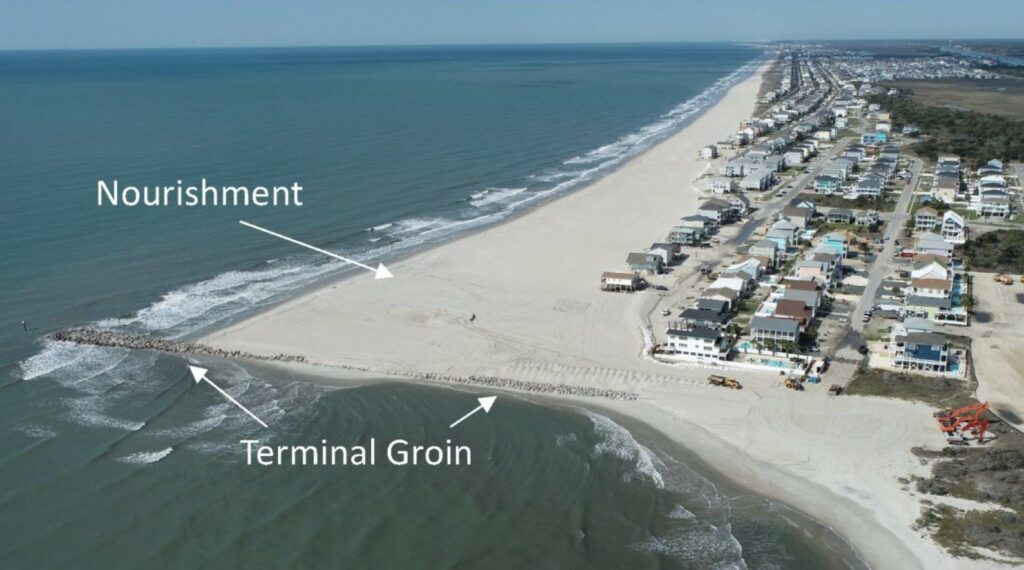