A major milestone has been reached in a series of Bellarine Peninsula beach renourishments being delivered by the Department of Environment, Land Water and Planning (DELWP), Victoria.

According to DELWP, the crews recently completed renourishment of the St Leonards’ northern shoreline, thanks to which the previously narrow shoreline was widened by 15 metres.

Expanding the shoreline has provided protection for coastal assets, reduced the likelihood of inundation and erosion along the shoreline and improved the recreational space, said DELWP in the release.

The process involved harvesting over 25,000m3 sand from an offshore location and pumping it to shore where it was spread out and profiled. Post-works including landscaping and planting of native vegetation along the shoreline.

Next up in the series of Bellarine beach renourishments are two more campaigns at St Leonards, one at the Lower Bluff (south of the pier), and one north of Bengalat Reserve.

The works are being funded by the Victorian Government’s $8 million Port Phillip Bay Beaches Renourishment Program. 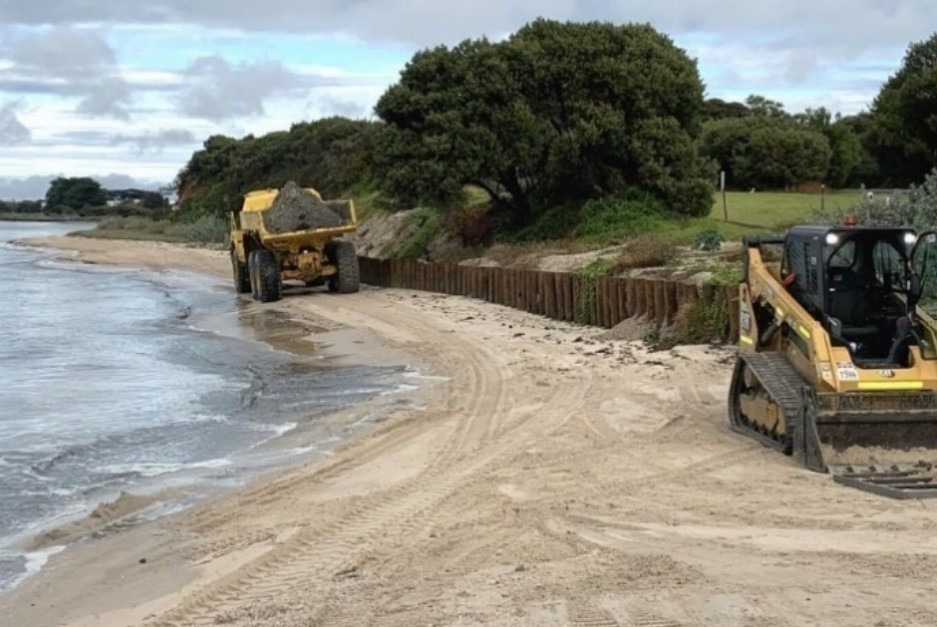