Dredging continues on the Upper Thurne

The Broads Authority has just released their March newsletter with updates on the ongoing dredging on the Upper Thurne and the wrapping-up of the CANAPE project.

As reported, dredging on the River Thurne between Dungeon Corner and Somerton continues with works focusing on the channel between the Martham broads.

Some of the sediment from this section has been used to restore an area of reedbed adjacent to Martham Broad South. The remaining sediment will be transported to Hickling and be used to top-up the level of Churchill’s Bay.

The Authority also announced that after four years, the CANAPE project to restore 1 hectare of wetland at Hickling Broad – an area named Chara Bay – is complete.

In total, Chara Bay has been formed from approx. 31,000 m3 of dredged sediment from the marked channel within Hickling and some of the surrounding river stretches.

Overall the project included placing of geotextile perimeter bags, next the internal area and bags were filled with dredged sediment, and finally the wetland area was planted with native reed species. 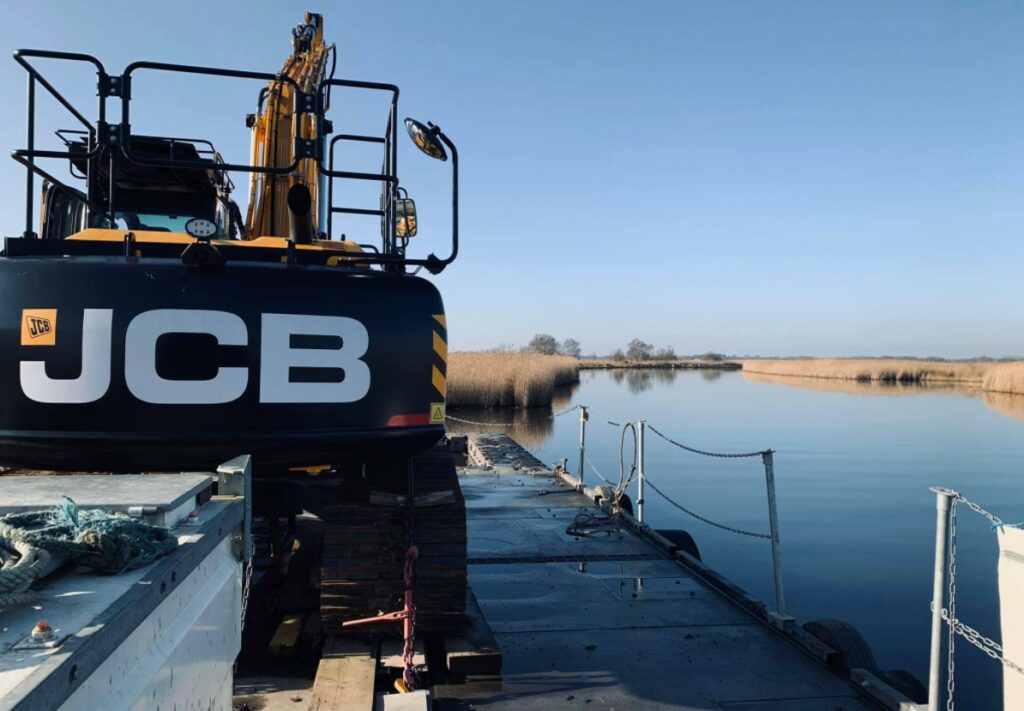