Sesuit Harbor is one of the only low tide accessible harbors on the bay side of Cape Cod and is of critical importance to the surrounding community.

Mobilizing for this project began on December 31st when the County dredge Cod Fish II, the pushboat JW Doane and approximately 1,500 feet of pipe were moved from Pamet Harbor, Truro to Sesuit Harbor.

Once on site, it took several days into the new year to start the on-site work due to the cold temps and wind. On January 7th, the pipe was moved into position along the beach/discharge area but the next few days of wind/seas kept the Cod Fish II at the dock.

A few days later, on January 12th, dredging started in the inner harbor area and continued on the 13th. Dredging didn’t resume until January 18th due to almost a week of strong winds/seas in Cape Cod Bay.

Dredging continued on the 19th and 20th and then a one day break due to strong wind/seas, with dredging resuming on January 22 continuing through January 25.

“With the January 31st Time of Year (TOY) restriction deadline approaching, we still had a significant amount of dredging left and unfortunately the area that needed dredging the most was in the outer/approach channel where the seas this time of year prevent the Cod Fish II from dredging,” the County said.

An extension was requested to the MA Department of Marine Fisheries and it was granted to allow for a few more days of dredging (only required for the inner channel – inside of the breakwater).

The project, which was successfully completed in early February, removed around 15,000 cubic yards of sand from the Sesuit Harbor. 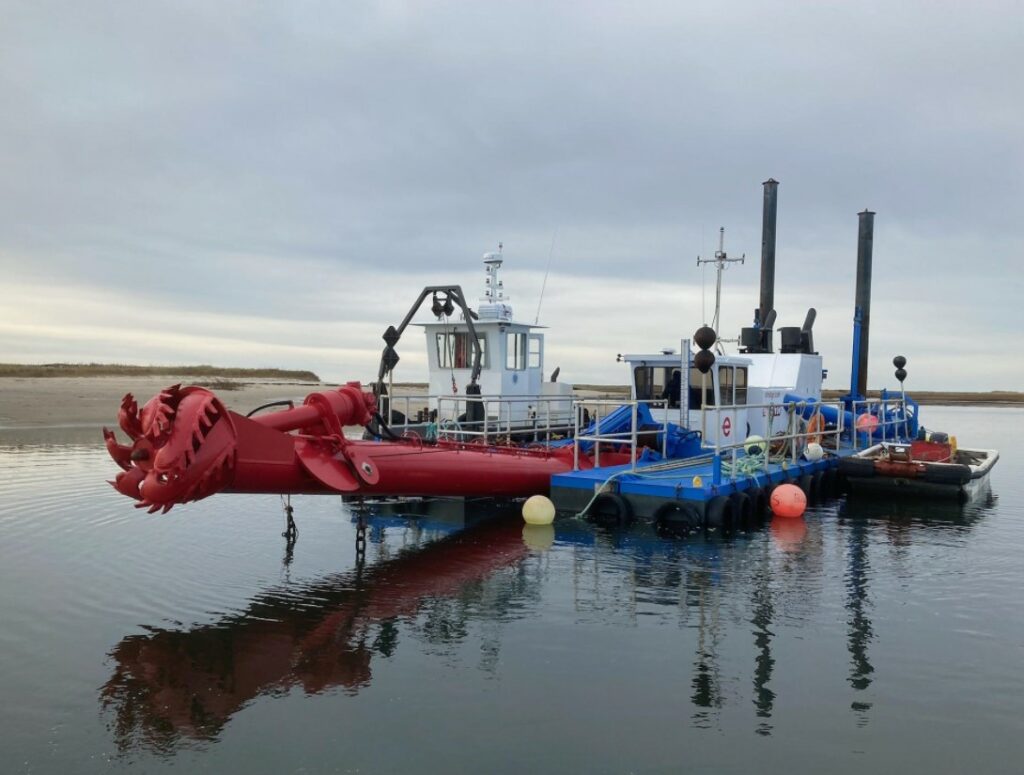