The contract for the Red River structure is the fifth construction contract to be awarded by the federal government for the Fargo-Moorhead diversion project.

The project includes construction of a concrete control structure with three gates that will regulate Red River flows into the Fargo-Moorhead metropolitan area and is located approximately 7 miles south of Fargo-Moorhead on the Red River of the North.

This shovel-ready feature is one of the first and largest contracts to be awarded by the Corps of Engineers using funds received under the Infrastructure Investment and Jobs Act of 2022.

“The Red River structure is the third and largest gated structure needed for the completion of the Southern Embankment,” said Col. Karl Jansen, St. Paul District commander. “Awarding this contract is the culmination of a multi-year, highly sophisticated design effort involving the most experienced engineers from across the entire U.S. Army Corps of Engineers. With this contract, we are on-track to do our part in delivering comprehensive flood risk management for the great people of the Fargo-Moorhead region.”

The Corps is working in partnership on this project with the cities of Fargo and Moorhead and the Metro Flood Diversion Authority. This project provides flood risk management for more than 235,000 people and 70 square miles of infrastructure in the communities of Fargo, Moorhead, West Fargo, Horace and Harwood.

The FM Area Diversion project is explained in this recent video. 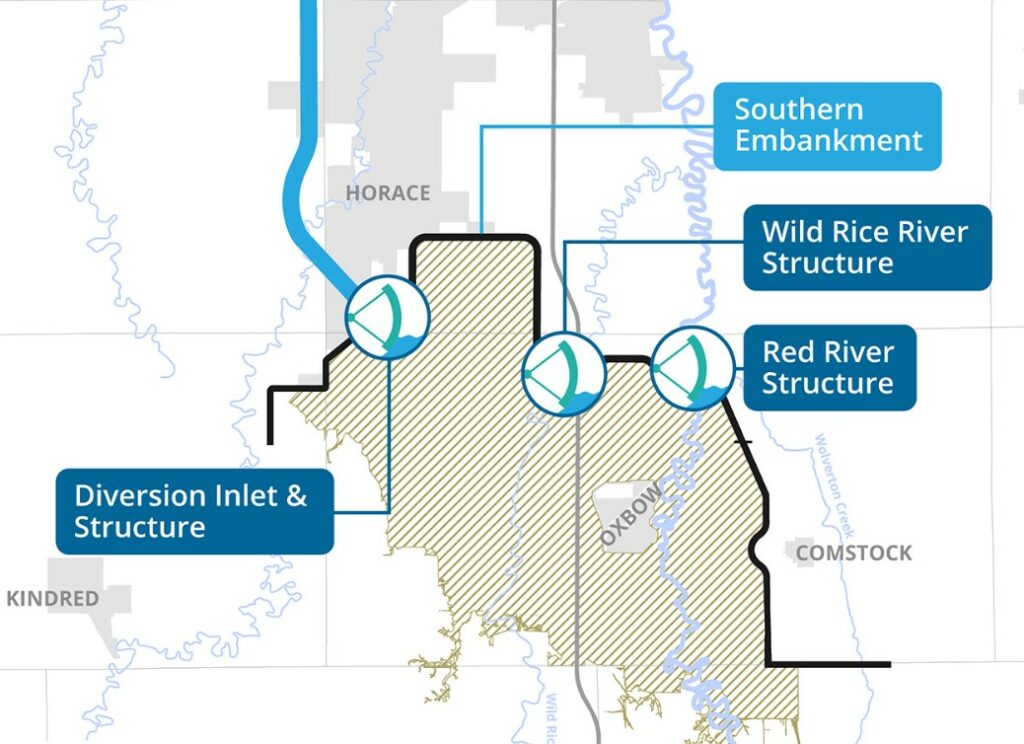