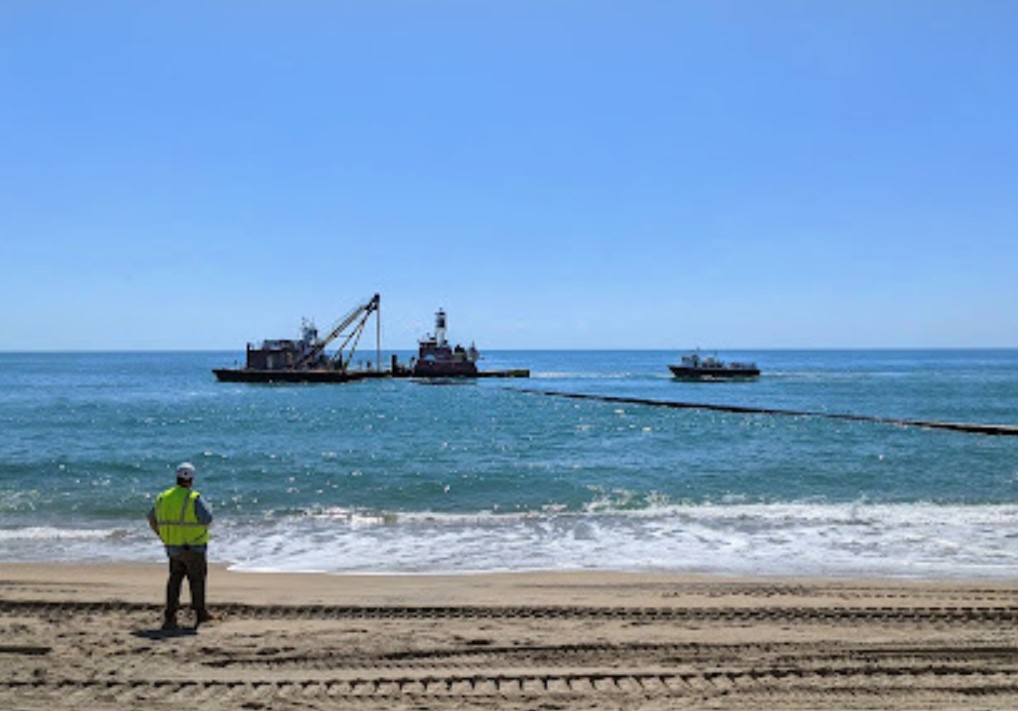 Dare County (NC) and Great Lakes Dredge and Dock Co. have provided an update on the projected arrival dates for the two dredges that will be tasked with performing beach nourishment in the villages of Avon and Buxton.

The dredge Ellis Island—which was scheduled to arrive in Buxton after July 4—has been released from its previous project earlier than expected. According to Great Lakes Dredge and Dock Co., the Ellis Island arrived in Dare County on Sunday, June 19.

This schedule change will enable Great Lakes Dredge and Dock Co. to temporarily assign the Avon beach nourishment project to the Ellis Island earlier than planned while awaiting the arrival of the dredge Liberty Island.

The Ellis Island will first start pumping sand onto the beach in Avon from the discharge point located at station 1650+00 (between Ocean View Drive and Greenwood Place). Sand placement will continue moving south to the end of the project area across from Park Drive (just north of ORV Ramp 38).

After the southernmost section of the project has been completed, GLDD will return to the discharge point between Ocean View Drive and Greenwood Place and start moving north toward the Avon Fishing Pier.

Once the dredging is underway, construction will occur 24/7 (including holidays) unless mechanical issues or rough sea conditions require a shutdown. Weather permitting, project completion is anticipated in August 2022.

On the other hand, the dredge Liberty Island—which was previously scheduled to arrive in Avon in late June—is currently expected to arrive in early July in order to complete navigation system upgrades. 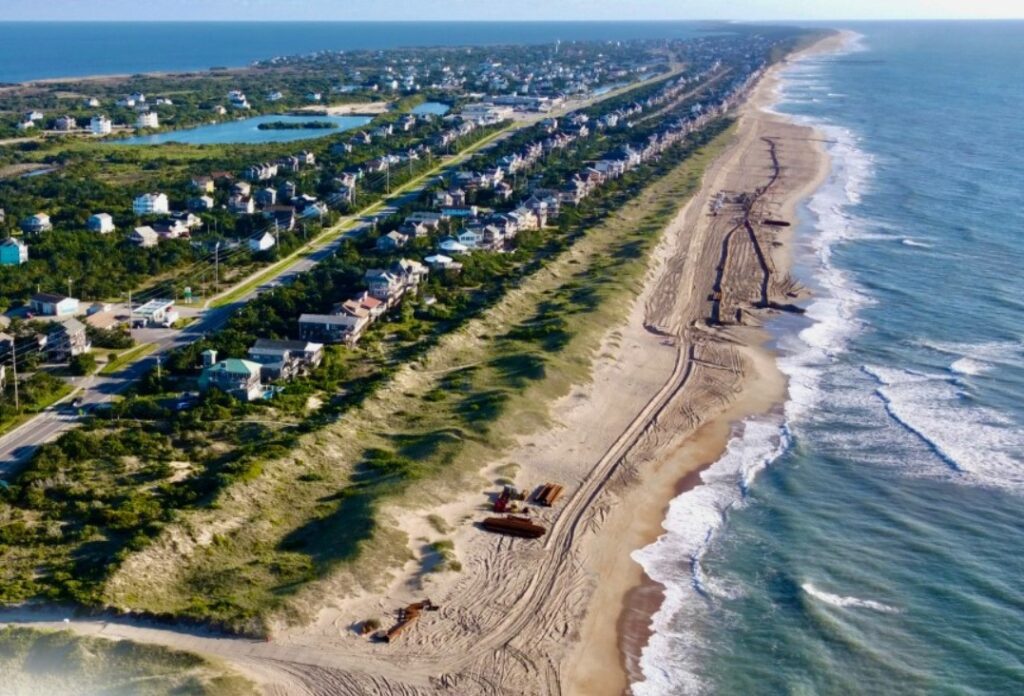