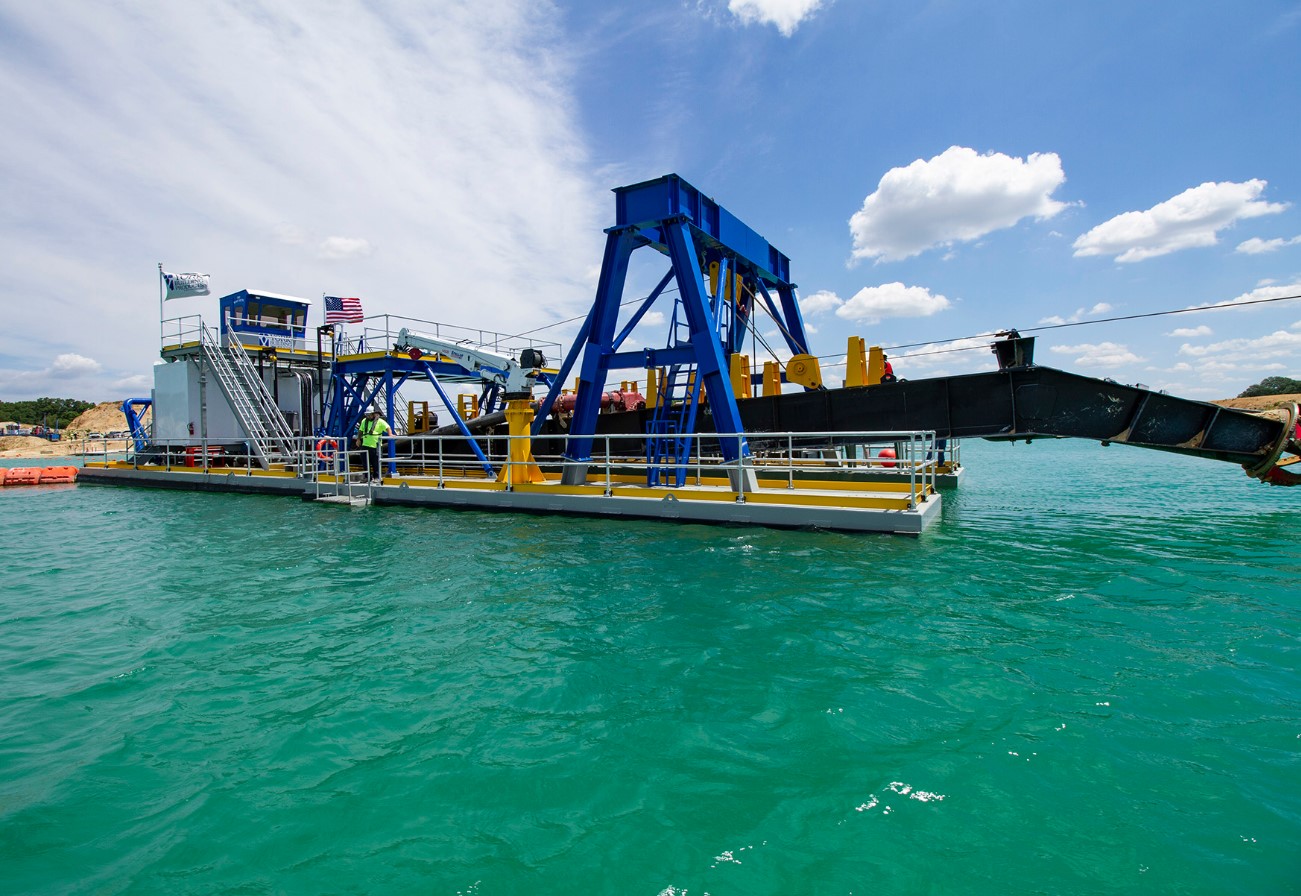 This dredge has an 85 foot long ladder capable of comfortably mining in water depths up to 62 feet.

The owner has christened the new dredge at the “The Mary Beth”. The dredge is successfully achieving the mining production objectives that York set forth and expected, said Custom Dredge Works in the release.

Confident in the effectiveness of this new dredge, Mr. John Jones, President of Custom Dredge Works commented, “Our focus was to design and deliver a World-Class Flagship Dredge to York Building Products. We believe that we have achieved that, and we are excited to see this advanced dredge aid York in its aggregate mining operations in Maryland.”

A Cutter Suction Dredge is a floating mining oriented machine that pulls Sand and Gravel Aggregate up from the bottom of a mining pit that is mostly filled with water.

Often times, mining companies have a negative view of the accumulation of water in a mine. However, if the production criteria and objectives of the mine support the addition of a Dredge, more often than not, the Dredge meets or exceeds production goals, and at the lowest Cost Per Ton. 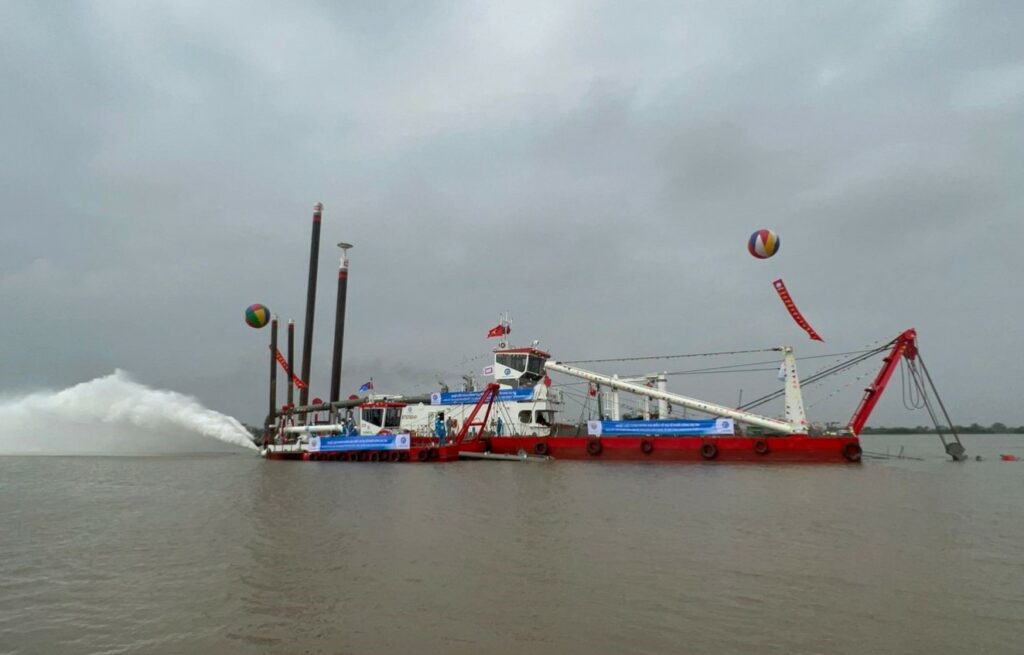