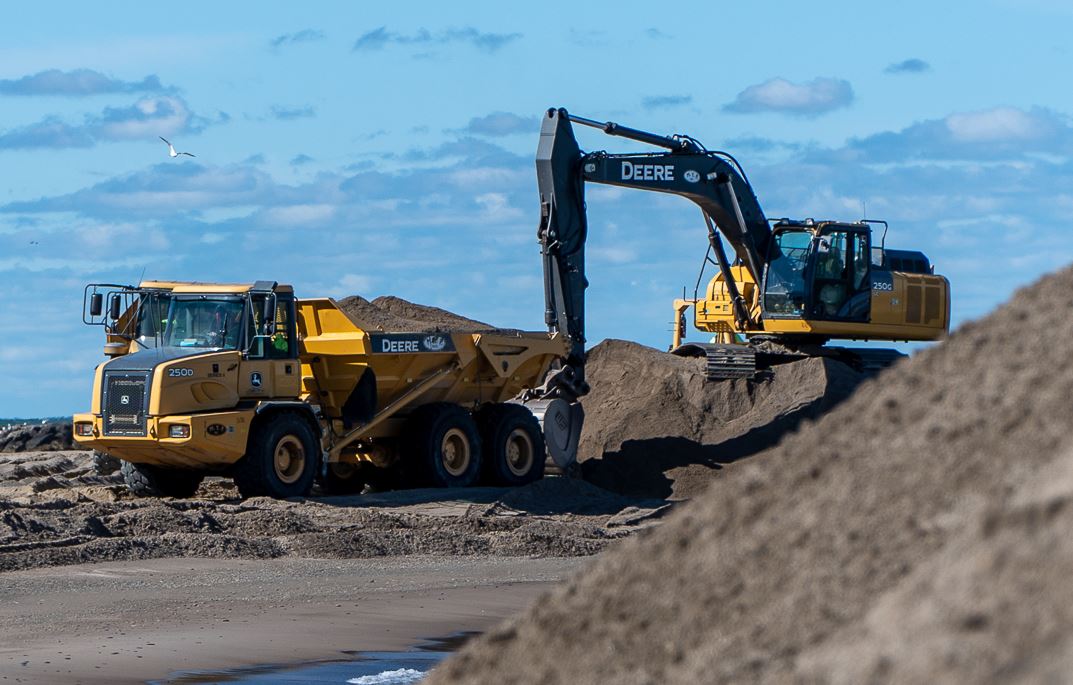 This federal and state funded Beach Nourishment Program maintains the beaches which is an important economic resource for the City of Erie, and also encourages sand migration to rebuild/maintain Gull Point which is a crucial environmental habitat for the area.

Deposited by ship, almost 18 thousand tons of sand was recently dropped off at the north pier and will be transported by trucks to several beach locations along Presque Isle.

In addition to the new sand, USACE also reclaims sand at various locations that has built up between the shoreline and breakwater, called a tombolo, and relocates tombolo sand to beaches that show significant signs of erosion. In total, this contract will place/relocate 82,400 cubic yards of sand this year. 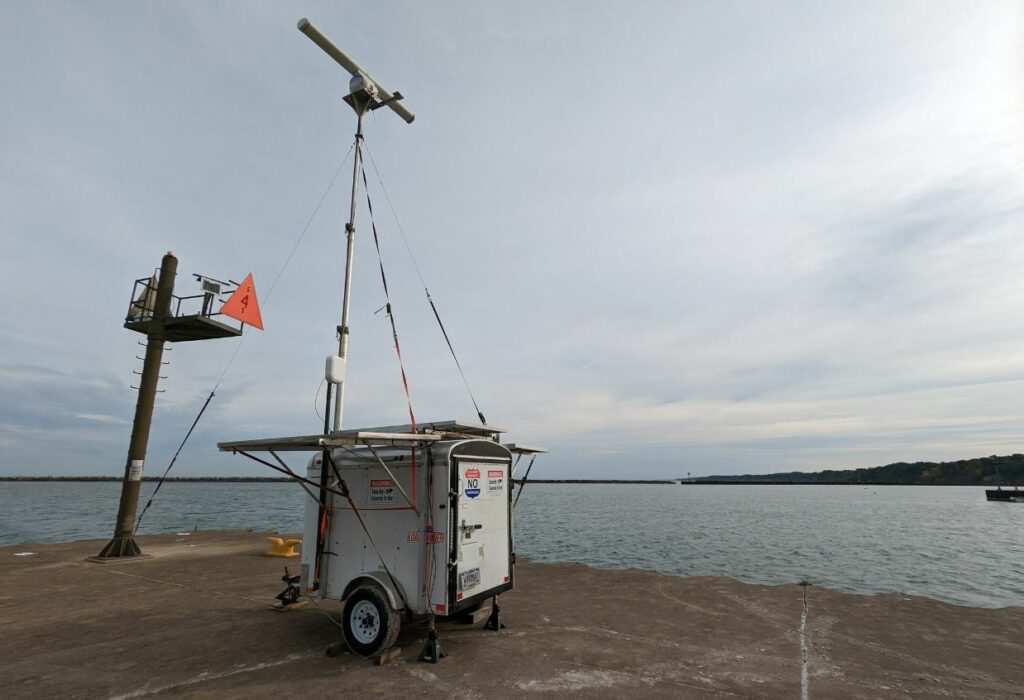