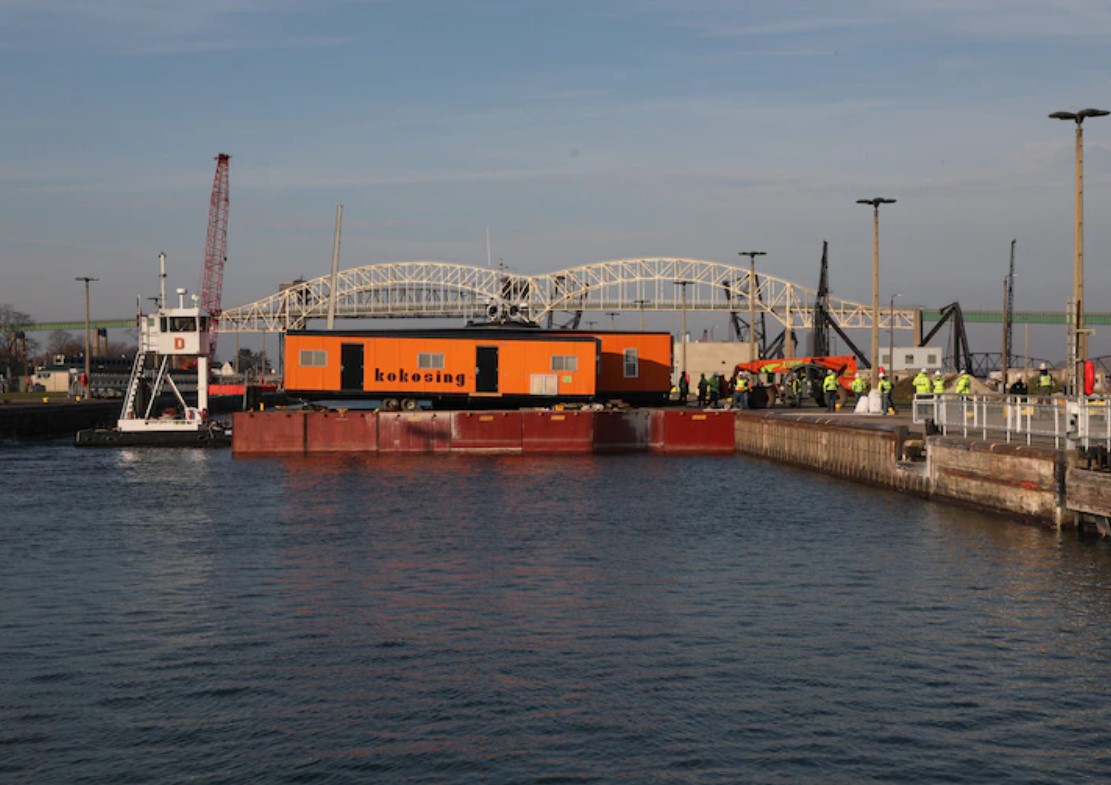 The U.S. Army Corps of Engineers kicks off Phase 3 construction for the New Lock at the Soo as the contractor mobilizes to the Soo Locks.

The contractor, Kokosing Alberici Traylor, LLC (KAT) has begun moving major equipment to the site via a barge in the Poe Lock in between shipping traffic. Mobilization of equipment for Phase 3 marks a big milestone for the project, reported the Army Corps.

According to the Corps, the Soo Locks will remain operational during construction of the New Lock at the Soo and without interruptions to shipping traffic.

“KAT started their major mobilization this week with moving project trailers to the site,” Rachel Miller, New Lock at the Soo Supervisory Civil Engineer said. “They previously moved smaller pieces of equipment and have worked over the summer preparing the grounds for upcoming work.” 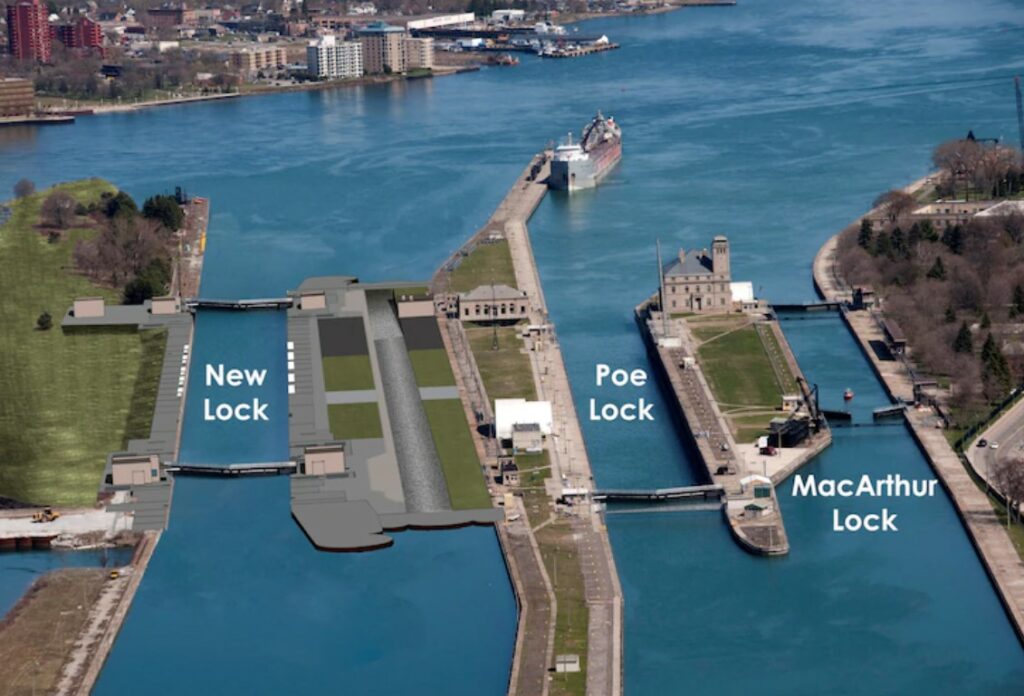 New Lock at the Soo reauthorized in WRDA 2022 at $3.219 billion
Posted: about 1 month ago
New Lock at the Soo: Unlocking the Great Lakes
Posted: 3 months ago
USACE awards largest contract for work on the Soo Locks project
Posted: 6 months ago
Advertisement
Related jobs