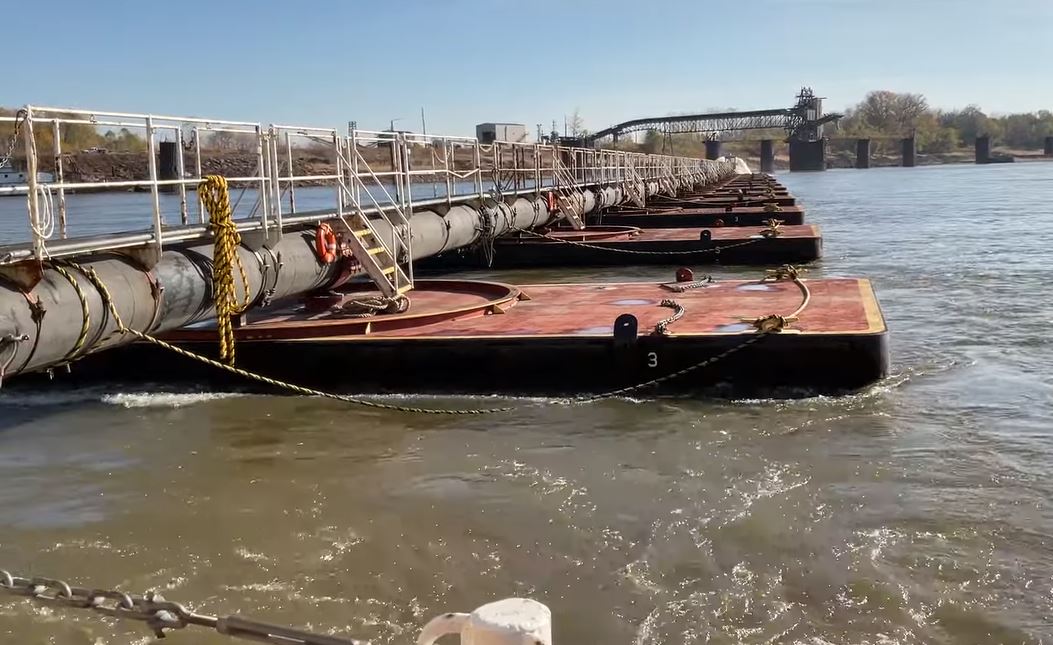 The St. Louis District, Dredge Potter can move 50,000 cubic yards per day of alluvial materials from the bottom of the river bed and send the material long distances through a floating discharge pipe.

During operation, the dustpan dredge swings from side to side alternately, using its port and starboard spuds as a pivot, with cables attached to anchors on each side controlling lateral movement. 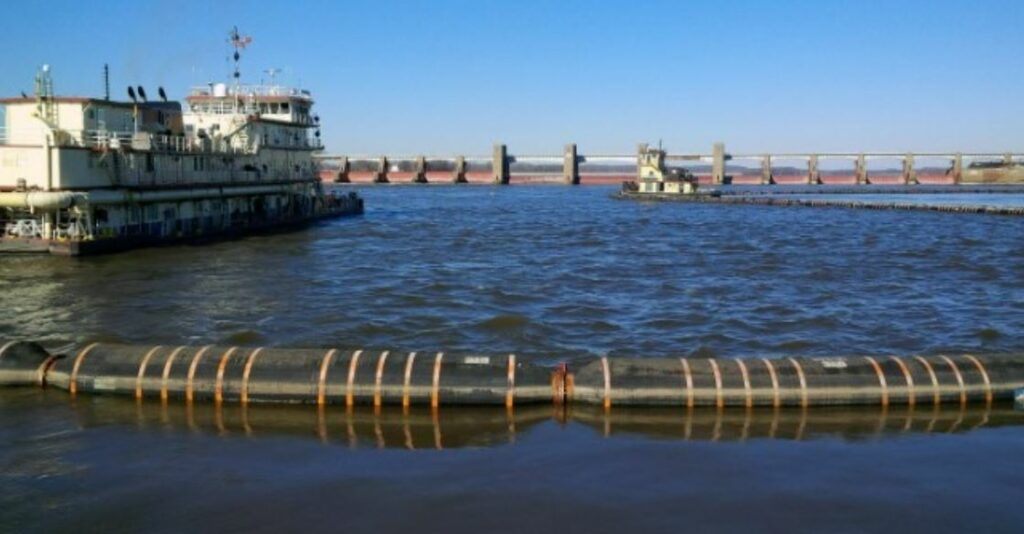