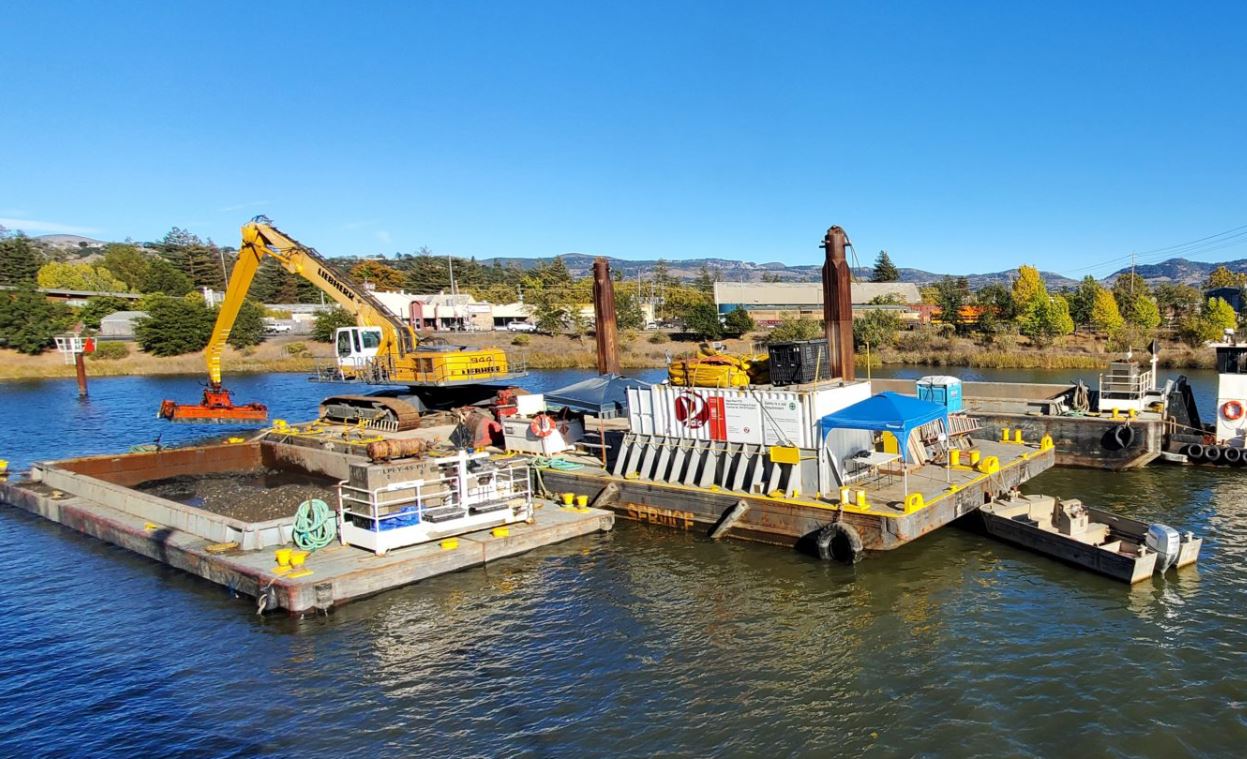 The project goal was to make the river deeper back to its original navigational depths, allowing boats to always transit fully throughout the river.

The last time the Napa River was dredged was in 2016, and it was performed hydraulically.

The scope of work for this maintenance dredging period restricted dredging to a clamshell method only and upland disposal.

To perform this project, Pacific Dredge & Construction used the smaller rig “Horton”, in conjunction with the 300 cu yds scows Thing 1 and Thing 2 along with the In-Harbor tugboat named Cadet.

A subcontractor was hired to perform the upland offloading portion of the project with an E-Crane barge and earth-moving equipment. In conjunction, the County of Napa offered a disposal site to be used for offloading dredged materials and hired a subcontractor to off-haul sediments to their destination.

The dredged material was taken by scows to the temporary off-loading disposal site.

The river is also divided into three Reaches 1, 2, and 3 where working hours are different as the project is conscious of the proximity to commercial & residential properties to minimize disturbance to all of them. 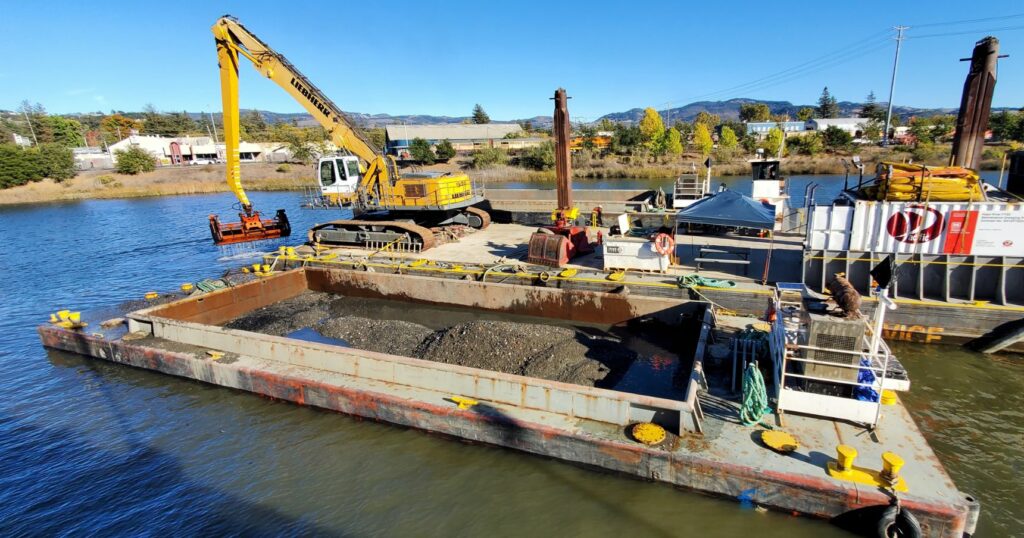