Advertisement
Back to overview
Home Dredging Today The Netherlands: Work in Progress on Maasvlakte 2 Quay

The Netherlands: Work in Progress on Maasvlakte 2 Quay

The contractor is currently working on the deepsea quay wall of the container terminal for Rotterdam World Gateway (RWG) over a length of 1 km. The construction process has taken the form of a ‘train’: at the front of the ‘train’, builders start by digging a slot, while at the other end, the bollards are placed on the quay. In-between, one can view all the phases of the construction process.

PUMA has outsourced this job to subcontractor BAVO Kademuren, a consortium of BAM Civiel and Van Hattum & Blankevoort. They are constructing the gigantic concrete structure, the foundation of which is formed by so-called diaphragm walls, vibro-piles and MV piles. The panels from which the diaphragm walls are constructed are 38 m high, 1.2 m thick and 7.5 m wide. Most of the diaphragm wall structure is below ground. The L-shaped wall is positioned on top of the diaphragm wall. After the formwork has been erected, the concrete is cast in 25 m segments. The first section of L-shaped wall was cast in early October. At present, the subcontractor has already completed 100 m of the quay wall. Recently, work started on setting up the work site

In January 2011, once the front part of the ‘train’ has finished constructing the quay walls for RWG, subcontractor BAVO Kademuren will start on the construction of the deepsea quay and the barge/feeder quay for APMT – Maasvlakte 2’s second container terminal. 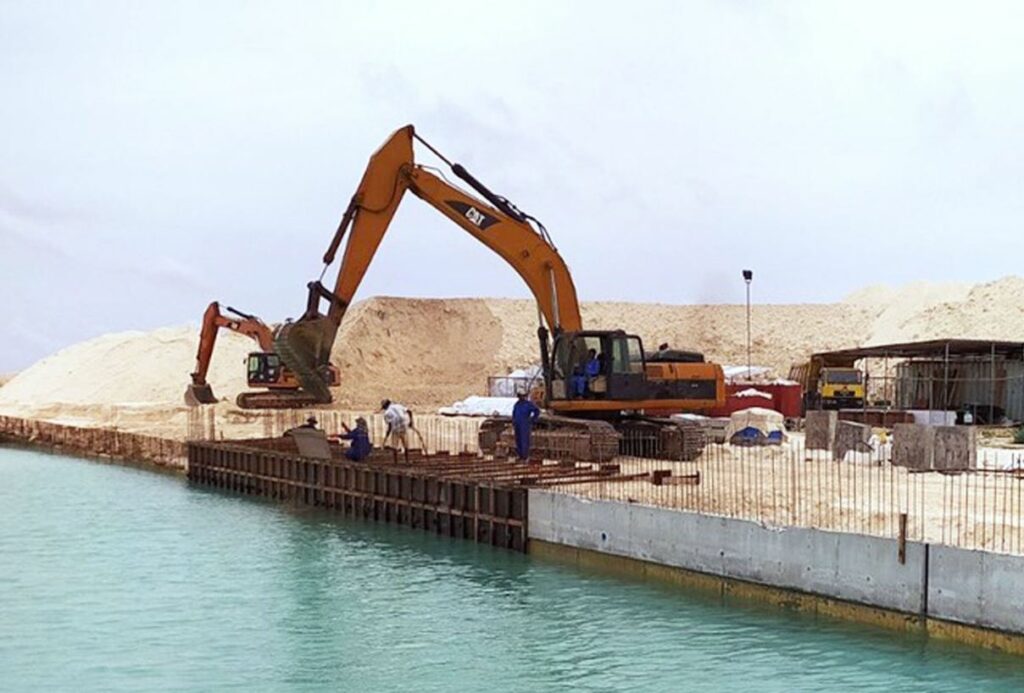