Sunergy, Inc today announces that the container with the 3 dredges and operating equipment has arrived in Freetown, Sierra Leone. This now sets the stage for operations to commence on the Company’s 140 sq. km. Pampana River Project once the shipment clears customs and is moved to the site. Company operations personnel have been on the ground for several weeks preparing for deployment of the equipment. Dredge operations will begin once the dredges are assembled and located in their preselected locations on the Pampana River.

The dredges, designed by Alan Trees of Dredge Builders Warehouse of Riggins, Idaho, have been custom built to capture the gold, diamonds and heavy black sands which contain the rare earths (REEs). Each dredge is capable to process and handle 50-60 tons/hour of productive mineral laden gravels. A video showing an operating dredge and a discussion of how it operates is available on the Company’s website www.sunergygold.com

In a letter to Sunergy dated February 14, 2011, Scott Plummer of RMS Ross In Chilliwack, BC, Canada discusses the January 2011 test results from Inspectorate Exploration and Mining Services Ltd. and compares the June 2010 testing as follows: “The initial ALS Chemex test work was conducted on the black sand concentrate samples that were recovered from locations throughout your Pampana concessions. These results revealed a strong presence of valuable rare earth metals and other related metals that carry significant value and are quite rare. See Press Release dated December 7, 2010.

“It was therefore proposed that a second series of mineralogical tests be conducted that were considerably more expansive than the preliminary tests, and that they be conducted at Inspectorate Exploration and Mining Services Ltd, in their Analytical Division in Richmond, British Columbia, Canada. This was decided, since it was known that they had purchased state of the art analytical equipment that would be able to determine very accurately the complete range of rare earth metals and other related valuable metals. This was to verify the accuracy of the previous body of analytical work at ALS Chemex and would reveal a more complete range of metals of value in the Pampana River black sand samples.

“What was found in the second body of test work verified the initial work as being credible, and was able to demonstrate additional values. The large increase in the estimated average value of metals per ton was due to both the expanded range of metals tested for, some more accurate test work that was conducted, and also directly relates to the considerable increase in rare earth metal values over the last year. Together, they account for the increase from $3395.00 per ton of black sand in the June 2010 tests to $8421.00 in the January 2011 test results.”

The Company is also pleased to announce that Financials are being reviewed for filing in the near term. These contain the 2009 10K and 2010 10Q’s for quarters 1,2 and 3. Once signed off by the Company’s Auditors and filed and accepted with the SEC, the Company will have fully satisfied its reporting requirements and the Caveat Emptor status should be removed. The 10K for 2010 is also being prepared but is not due for filing until March 31, 2011. Virtually all the information contained in the2009 10K and 2010 10Q’s will be reported in the 2010 10K as well. Once all filings are complete, the Company intends to re-apply to list on the OTCBB and is committed to maintain a fully reporting status to insure a higher level of transparency.

The Company urges investors to visit www.sunergygold.com to study the Projects, Corporate Reports and any other due diligence they require before investing in the Company’s stock. An informative Dredge video is also available on the site. Investors are also cautioned that message boards are not places that have any official corporate information and should not be relied upon as a source of due diligence, but rather are places where opinions, often colored with agendas are published.

The Company is an aggressive junior mining exploration and development Company that is production oriented at the earliest possible profitable opportunity. We control 100% of the 150 SQ. Km. Nyinahin mining concession with a full prospecting license in Ghana, West Africa and the 140.1 sq. km. Pampana River Rare Earth, Gold and Diamond concession in Sierra Leone, West Africa. We are focused on near term production of these properties this season. We are production and acquisition oriented and are considering several additional projects suitable for near term production in West Africa. 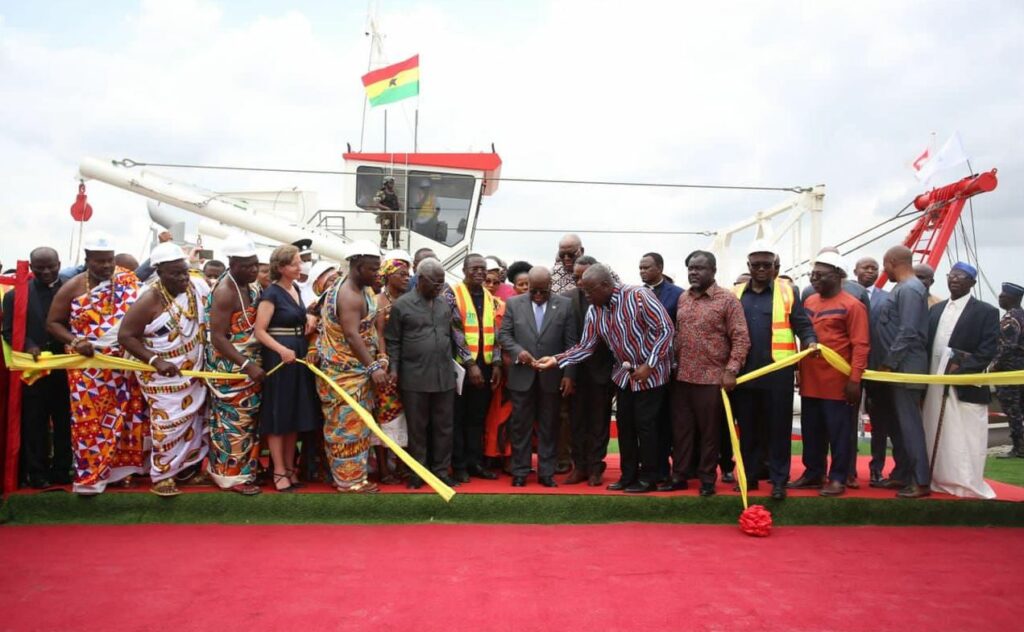