An $806,000 worth dredging project that will enable ferries to come into and leave the Keystone Harbor with ease is expected to commence this week.

The U.S. Army Corps of Engineers signed a contract with Tacoma-based American Construction Company to dredge the navigation channel and ferry slip on the east end of the Coupeville-Port Townsend ferry route.

The project may extend over 120 days.

Gravel and sand dredged from the harbor will be used for rebuilding the beach at Fort Casey State Park.

“The shallow harbor, along with crosswinds and strong currents, can contribute to canceling sailings,” said Washington State Ferries Director of Communications Marta Coursey.

Prior to scheduling the dredging project, the Corps of Engineers prepared a biological evaluation as required by the federal Endangered Species Act.

No delays are expected since the dredging is planned to take place when the ferry is not operating. 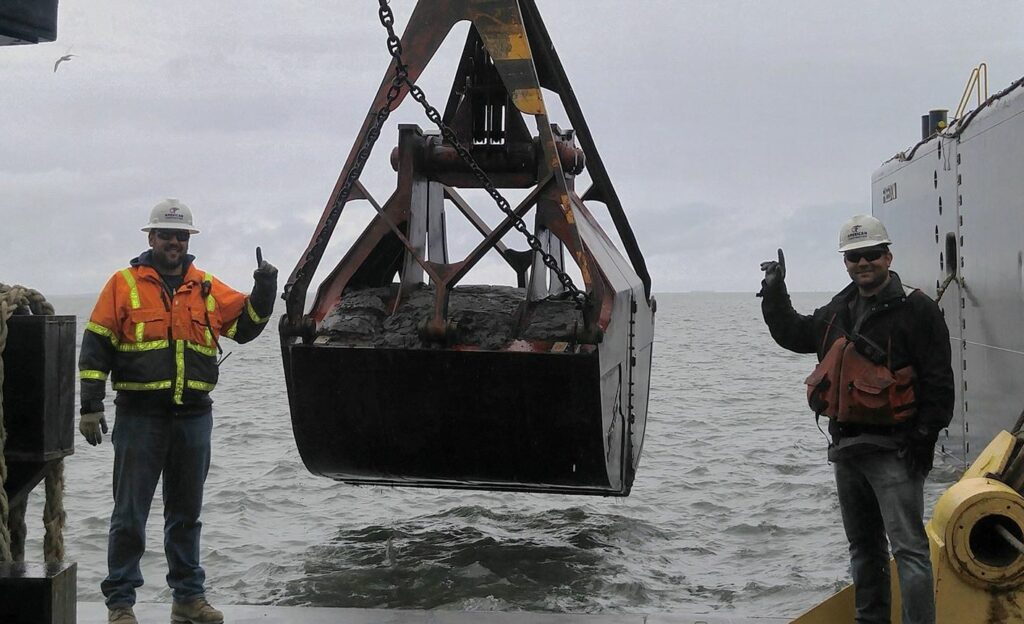