With his first official inspection of erosion on Folly Beach coming on Christmas Eve, U.S. Rep. Tim Scott told Mayor Tim Goodwin not to expect Santa Claus to arrive with federal renourishment funds today or in 2012.

Scott, however, vowed to join with other federal, state and local leaders in working with the city to help secure whatever funds are available to rebuild the storm-ravaged beach, which he considers important economically on a national level.

“For lots of very positive reasons, the Edge of America — also known as Folly Beach — is one of the jewels of our country,” said the Republican 1st District representative, noting its importance in tourism dollars and jobs.

Later in the day, Scott planned to text-message Gov. Nikki Haley to let her know that he wanted to talk about the erosion issue on Folly Beach after the Christmas holiday, he said. 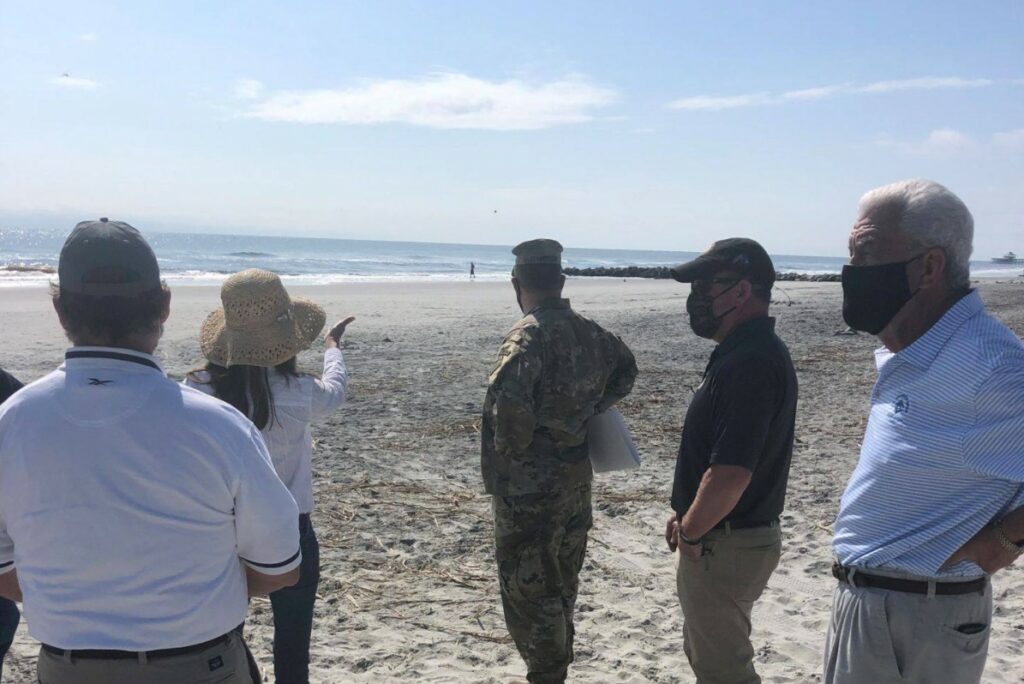