On March, 16th at the berth 3 of the Odessa port the unloading of party of oversized heavy equipment for building and a roadwork has been made.

Except dredges, stone-breakers and accessories for them, vessel AVIVA (flag of Belize) of a ro-ro type delivered from Turkish port Derindzhe to Odessa a party of cars and a party of citruses which have been unloaded in the afternoon before. The forwarding agent of heavy equipment and transit cars – the port of Odessa.

According to the deputy chief of commercial department of the port Andrey Poroshenko, the first call of the vessel AVIVA there can be a startup of a new cargo line “Derindzhe-Odessa” with a regularity of 2-3 calling of thea vessel in a month. The nomenclature of goods traffics transported on the line is various enough: from a citrus to autotracks and large building facilities.

Under A.Poroshenko’s statement, the unloading of a trial lot of the oversized general cargo, arrived onboard s/v AVIVA, has passed successfully thanks to harmonious work of technologists, machine operators and dockers of the tranzitno-cargo terminal (TCT).

Feature of the vessel AVIVA – right lateral apparel, – was noted by the main technologist of the port Sergey Gonchar. Is provides technics export on a berth at an angle to an undercrane and to railways. As it was a question of the caterpillar technics, there was a question on necessity of protection of berthing ways from damage by caterpillars. Besides, it was required to provide uniform loading of heavyweights on a berth according to the established specifications. Necessary conditions have been reached by means of metal floorboards and wooden separation. 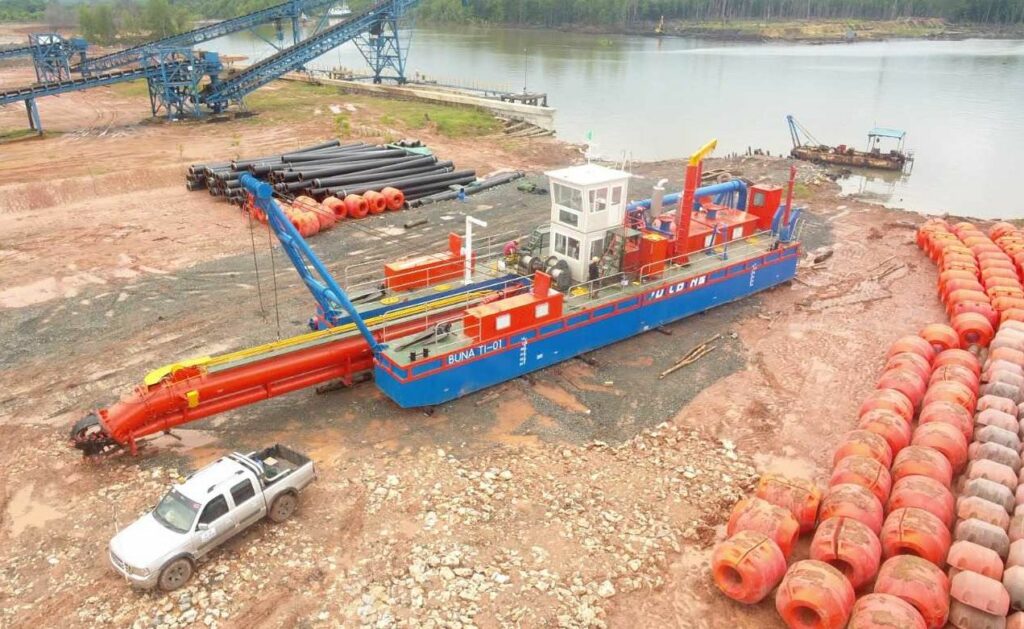