The Christie Administration has won another round in the state’s legal fight to hold those responsible for intentionally polluting the lower Passaic River with pesticides, including an extremely toxic form of dioxin, liable for cleanup, Department of Environmental Protection Commissioner Bob Martin announced yesterday.

Superior Court Judge Sebastian P. Lombardi, presiding in Essex County, held Maxus Energy Corporation liable under the New Jersey Spill Compensation and Control Act for past and future costs of cleaning up the polluted sediments in the lower Passaic River. Removal of contaminated sediments from a section of the river adjacent to the former Diamond Alkali/Diamond Shamrock plant site in Newark began in March.

“The cleanup of the lower Passaic River is extremely important to the public health and safety of people who live and work along the river, and is a top environmental priority of the Christie Administration,” Commissioner Martin said. “We stand firm in our commitment to hold Diamond Shamrock and its successors responsible for the pollution they caused.”

This is Judge Lombardi’s third ruling over the past 10 months holding several companies liable for the cleanup of the river. Today’s rulings complete the environmental liability phase of the state’s litigation. Now that Maxus and Tierra Solutions — both indirect subsidiaries of international corporations Repsol YPF and YPF — along with Occidental Chemical Corp. have been held liable under the Spill Act, the state will seek costs and damages in the next phase of the litigation.

In 1983, Governor Thomas H. Kean issued Executive Order 40, declaring a state of emergency and public health crisis due to dioxins in the river from Diamond Shamrock Corporation’s plant at 80 Lister Avenue. Pesticides manufactured at the site included Vietnam War-era defoliant Agent Orange and DDT. Agent Orange consisted of a form of dioxin, known as 2,3,7,8-tetrachlorodibenzo-p-dioxin (TCDD), one of the most toxic chemicals ever produced.

The DEP reminds residents that harvesting blue claw crabs from the waters of the lower river and Newark Bay is prohibited because of the contamination. The DEP continues to engage in coordinated multi-language education efforts reinforcing the ban with the help of community groups and municipalities in the lower Passaic River and Newark Bay region.

The first stage of a two-phase project to remove toxic sediments from the lower Passaic River, adjacent to the Diamond Alkali Superfund site in the Ironbound section of Newark, began on March 19.

Tierra Solutions, under federal Environmental Protection Agency supervision, is currently removing 40,000 cubic yards of heavily contaminated sediment near the Lister Avenue plant site. In phase two, 160,000 cubic yards of sediments, will be removed from the same section of the river. 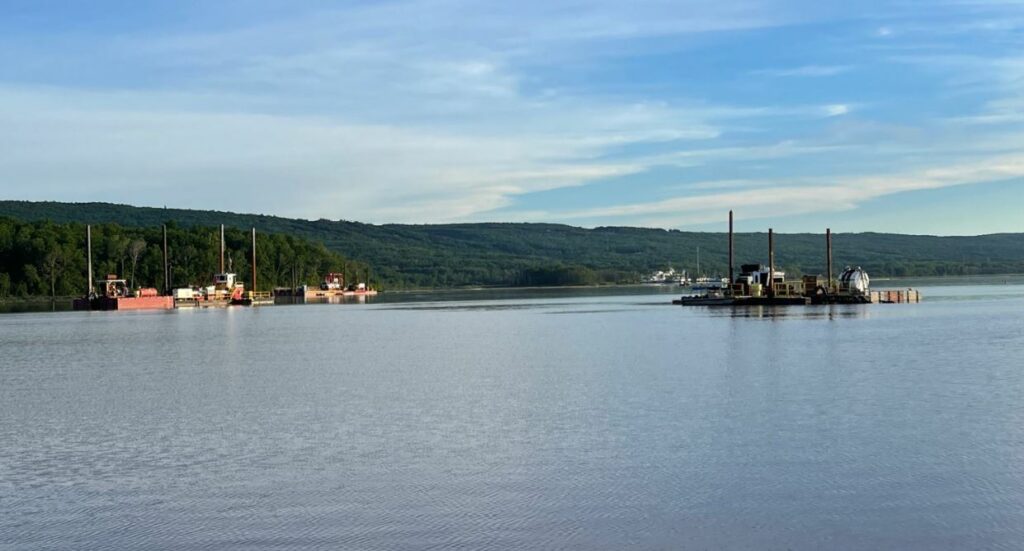