On November 9, 2012, fourteen crew members of grab dredge DOHUK and hopper dredger KARBALA successfully completed their equipment training at the Training Institute of Dredging’s (TID) training site in Krimpen aan den IJssel, the Netherlands. The crew, who stayed in the Netherlands after completing their training, will sail their new dredgers home this week.

On September 22, a group of fourteen trainees travelled from Iraq to the Netherlands to participate in one of the most elaborate training programmes TID has to offer. During the seven week programme the crew of the two dredgers were extensively trained in both maintenance and operation of their new vessels. Within the first two weeks, the entire group covered topics like safety, design and layout, and general maintenance theory. Following these joint training segments, the crew were split up in task-specific groups and subsequently underwent training for all on-board equipment of the two dredgers, such as engines, cranes, electrical systems and automation systems.

During these equipment training sessions TID always tries to split up the crew into task-specific (function related) groups, this enables TID to offer a training programme specifically developed for the tasks that will be performed during daily operations . By splitting up the crew into groups of Electrical Engineers, Engine Room Officers and Dredge/Maritime Officers, the information regarding operational practices and maintenance of their new equipment can be exchanged efficiently and task specific topics can be covered.

The seven week training programme also featured a number of practical assignments. For example, the maritime officers went to Alphatron Marine in Rotterdam to practice with navigation and communication equipment on a real-life ship simulator. Furthermore, crews of both vessels swam outside in cold water for a Survival at Sea Training session.

The entire training programme ended with the crews participating in the dredge trials of both dredgers. During these trials, the dredgers were thoroughly tested and final adjustments were made. This was the first time the trainees saw their dredgers in actual operation and a great activity to finish off the training programmes.

Equipment training is one of the specialties of TID and part of the integrated solutions IHC Merwede offers to its clients. In the months leading up to delivery, IHC Merwede enables its customers to bring their crew on board. While IHC Merwede finalises its work and optimises all of the equipment, the crew becomes acquainted with the vessel and gradually assumes control. As a result, the vessels are fully deployable from their maiden voyage, maximising the value of the equipment built by IHC Merwede. 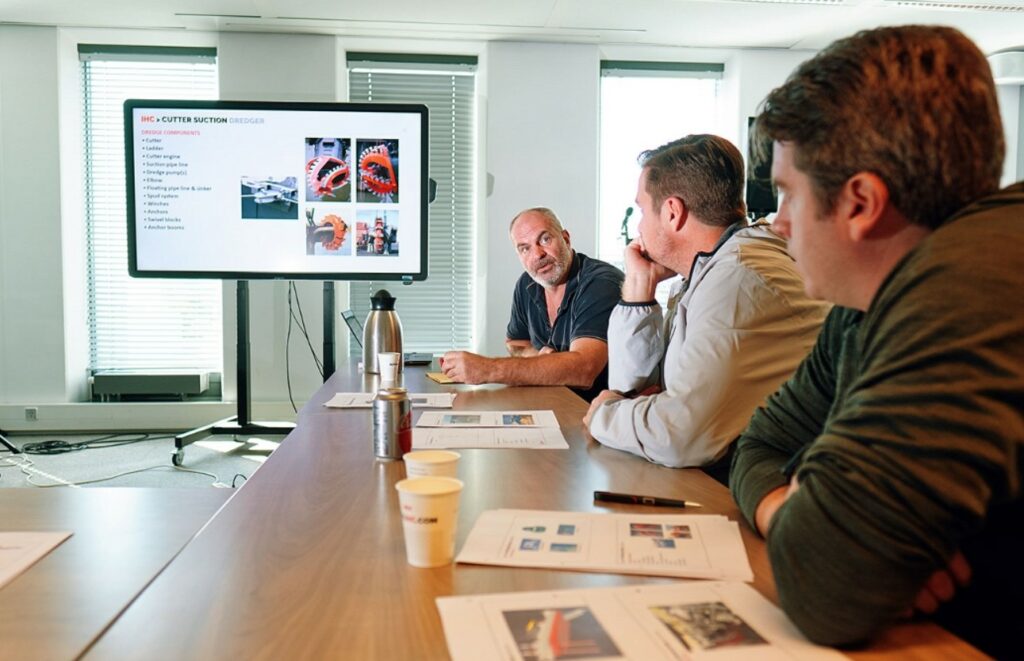