U.S. Senator Charles E. Schumer announced his push for the Harbor Maintenance Act of 2013, which would free up critical dredging funding that the U.S. Army Corps of Engineers (USACE) needs in order to dredge Wilson Harbor and keep the harbor fully open.

Each day, sediment settles at the bottom of Lake Ontario, reducing water depth and creating a safety hazard for both fishing and recreational boats – all of which help pump millions of dollars into the local economy every year. Schumer is backing legislation that would release funding that is stuck in the Harbor Maintenance Trust for dredging in Wilson and other harbors across New York. The just-introduced Harbor Maintenance Act of 2013 would ensure that incoming money from the Harbor Maintenance fee is spent on harbor maintenance projects, like dredging the Wilson Harbor, rather than stuck in the account.

“The Wilson Harbor is critical to the local economy and serves as a magnet for tourism in the region, bringing in visitors for fishing and recreational boating. Every day that Wilson Harbor goes without dredging puts all of that in jeopardy,” said Schumer. “It’s a no-brainer that funds deposited in the Harbor Maintenance Trust Fund by area shippers should go toward maintenance, operations, construction and safety of local harbors and ports like the Wilson Harbor, rather than sitting idle in Washington D.C.. The Harbor Maintenance Act, if passed, would ensure we have the funds to dredge New York’s federal ports and harbors, which will help keep the tourism industry vibrant, and will ensure that boaters can keep passing through beautiful harbors like Wilson.”

Schumer has long fought for alteration in the Harbor Maintenance Trust Fund, so that the USACE can have access to the billions in funds collected in the fund each year. The Trust Fund was established in 1986 in order to fund operations and maintenance of federal ports and harbors, and is funded by the Harbor Maintenance fee that is charged on imports and domestic cargo. Despite the fact that shippers pay fees intended for use towards port dredging and maintenance, this money is not being sent out of the fund to serve its intended purpose. As a result, the Trust Fund has a current balance now approaching $7 billion– in the meantime, the ports are filling with sediment and in desperate need of infrastructure upgrades.

Similar problems plagued the Highway Trust Fund, as well as the Airports and Airways Trust Fund, but were corrected with Congressional action that more closely tied revenues to expenditures. Schumer highlighted that the same should be done for Harbors, as continuing to charge this fee without using those revenues to improve harbor accessibility and safety is unacceptable. The bill that Schumer supports would link incoming revenues with expenditures on dredging and port maintenance projects, so that the money plus interest coming in each year would actually be allocated each year to improve the ports, rather than sitting in the Treasury.

Officials in Western New York have estimated that fishing and recreational boating account for approximately $30 million in revenue annually. Wilson Harbor, which has not been dredged since 2000, alone accommodates more than 700 boats and 500 Canadian visitors every year which provides the needed support to keep many areas businesses going. Estimates have shown that one Wilson area marina lost an estimated $100,000 in business because of the low water levels this year. Not acting to fix this issue now would present innumerable problems to local businesses, such as marinas and restaurants, and communities in the near future, decimating the local economy and destroying an industry that has boomed in this area in years past. Providing a lifeline to areas like Wilson is what we need to do in order to sustain economic growth throughout New York State.

Continuing to spend funds on dredging and harbor maintenance projects is a sound investment. A 2003 study showed that the Great Lakes states are a recreational boating powerhouse, with nearly one third of all registered boats in the United States. Spending on boats and boating activities in the Great Lakes states totaled nearly $16 billion in 2003 (the year of the study), directly supporting 107,000 jobs. With secondary effects figured in, that number grew to 244,000 jobs, with economic impacts of $19 billion in sales, $6.4 billion in personal income and, $9.2 billion in value added. Compared to the economic benefits they provide, the cost of maintenance dredging for the harbors would be relatively minor. Not including commercial harbors, in the 2003 study the U.S. Army Corps of Engineers estimates that the dredging needs of all recreational harbors and channels in the Great Lakes could be adequately addressed for an investment of $5 million per year. 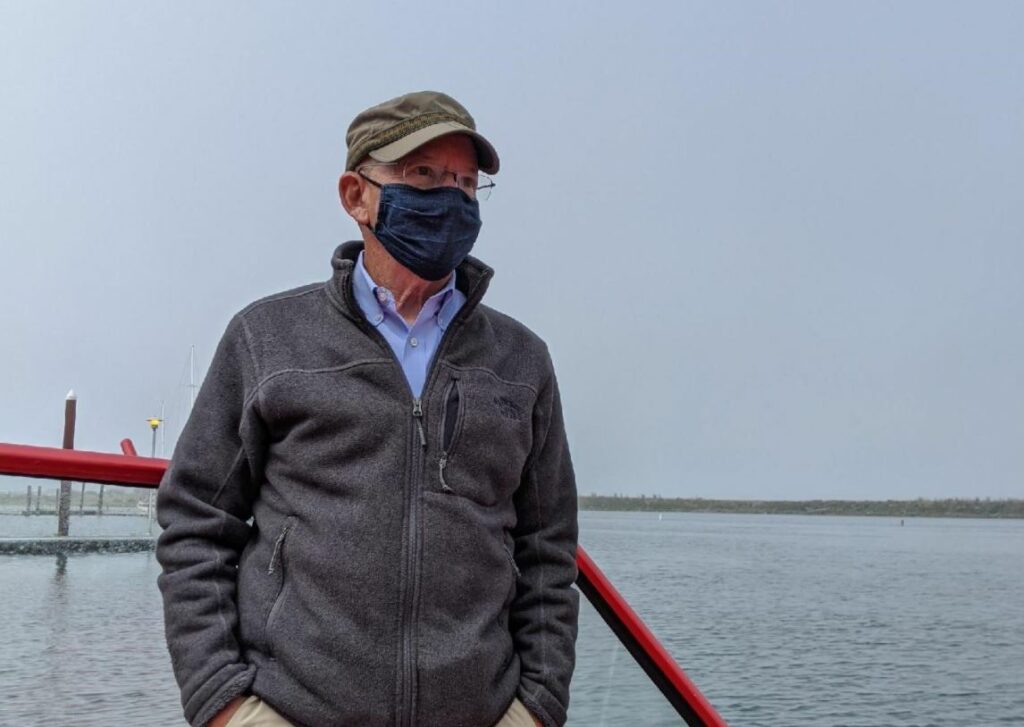