Congressman Pallone outlined the scope and timeline of this critical work that will help protect the Shore.

The project will cover a majority of the beaches from Sea Bright to Manasquan, which is the largest beach nourishment project ever undertaken by the Army Corps of Engineers and the world’s biggest beach-fill project, in terms of sand volume. Once completed, the greater protective barrier between the coastal communities and the ocean will reduce the risk of flooding and storm related damages.

“Sadly, Sandy made many of our beaches already in need of work go from bad to worse. Sand was swept away by the storm, flattening our beaches by five to ten feet and narrowing the width, too. Not only will this project will fix the damage caused by Sandy but the Army Corps will replenish the beach to the original design profile, which will make the beach much wider than it was prior to Sandy,” said Pallone. “I have fought for these projects for years, and I’m pleased to finally see progress.”

“The Corps of Engineers is pleased to be moving forward with this beach replenishment project,” said Col. Paul Owen, commander, Army Corps of Engineers, New York District. “Coastal storm risk reduction is a high priority and this project will go a long way toward helping to protect residents and infrastructure along the shores of Monmouth County.”

$102 million has been allocated for this project from the Sandy aid package, which Pallone fought to pass in Congress.

The Army Corps of Engineers will complete this project through four contracts. The contract for Sea Bright to Monmouth Beach will be awarded in June, and the remaining three contracts: Belmar to Manasquan, Long Branch, and Asbury to Avon will be awarded in July. The Army Corps of Engineers expects to complete the entire project by the beginning of next year. 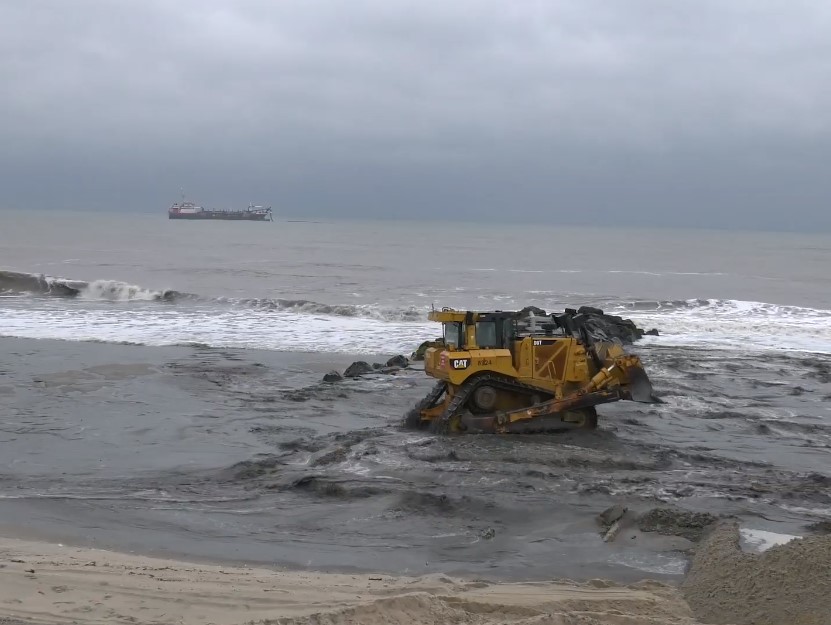