The Bureau of Ocean Energy Management (BOEM) announces the completion of a beach erosion control and hurricane protection project for Sandbridge Beach in the southern portion of Virginia Beach, Va.

BOEM and the City of Virginia Beach signed an agreement in October 2012 that authorized the use of sand from the Outer Continental Shelf (OCS), which BOEM manages. Project construction began in March 2013 and covered approximately 5 miles of shoreline.

The project included the dredging and placement of approximately 2 million cubic yards of OCS sand from Sandbridge Shoal in federal waters. The U.S. Army Corps of Engineers (USACE), the City of Virginia Beach, and BOEM collaborated on the beach reconstruction project along Sandbridge Beach. USACE awarded the contract to Weeks Marine of Camden, N.J.

In May 2013, the City of Virginia Beach and USACE requested an additional 200,000 cubic yards of OCS sand from Sandbridge Shoal to replace sand lost due to Hurricane Sandy last fall. This request was approved in June, and the additional material was dredged and placed on Sandbridge Beach.

Over the years this area has been damaged by several major storms, nor’easters, and hurricanes, causing coastal flooding and severe loss of sand. Sandbridge is susceptible to wave attack on dunes and submerged beach berms, which are raised mounds of sand beneath the water. This newly reinforced berm will play an important role in protecting public infrastructure from severe storms.

“These sand replenishment projects are vital to our coastline in terms of tide and erosion protection,” said Virginia Beach Mayor William D. Sessoms, Jr. “They not only protect our resort beaches, but are important to the areas that border our wildlife refuge and military bases.”

Prior to construction of the Sandbridge project, BOEM and USACE conducted an extensive environmental assessment and consultation process. They negotiated an agreement that avoids, minimizes and/or mitigates any possible adverse impacts to loggerhead turtles, transitory marine mammals such as whales, as well as birds, fish and the human environment.

BOEM manages non-energy minerals obtained from the OCS, including sand, gravel and shell resources for coastal restoration and protection, in addition to overseeing and regulating conventional and renewable energy development on the OCS. BOEM has the authority to convey, on a noncompetitive basis, the rights to these resources for shore, beach or wetland restoration projects, or for use in construction projects funded in whole or part, or authorized by the federal government. In exercising this authority, BOEM may issue a negotiated non-competitive lease agreement for the use of OCS sand to a qualifying entity.

The bureau has spent more than $30 million since 1992 on world-class scientific research that informs environmental assessment and leasing decisions concerning the use of OCS sand resources in beach nourishment and coastal restoration. 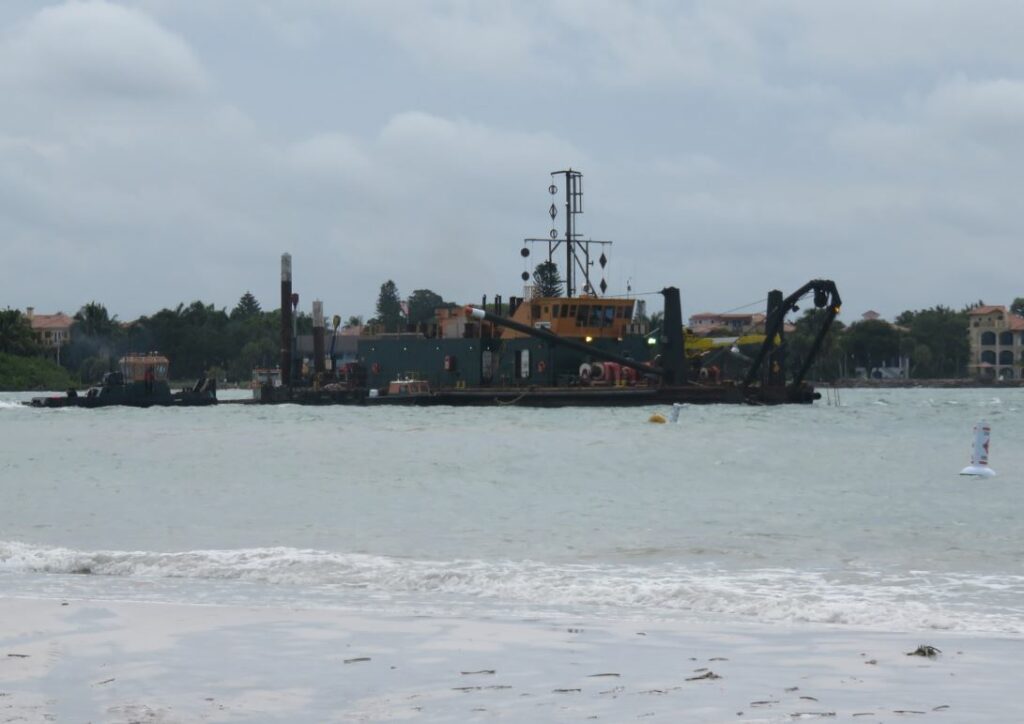