Stone Harbor’s ambitious beachfront reconstruction project is in its final clays and could conclude on or before Wednesday, July 31st.

The project will actually conclude with a small amount of work being done between 78,h-80,h streets in Avalon.

“We are pleased to report that this total reconstruction of the Stone Harbor beachfront is about a week away from the finish line“, said Stone Harbor Mayor Suzanne Walters. “Our project remains on time and on schedule, and will provide our community with one of the largest recreational beaches in the State of New Jersey while at the same time protecting the Borough the next time a coastal storm arrives“.

Officials from the United States Army Coips of Engineers and Norfolk Dredging Company announced that only 87.000 cubic yards of sand needs to be placed on the beachfront before the beach fill project ends.

Bailing any extreme weather conditions or mechanical breakdowns, it is likely the beach fill project will finish in the very southern tip of Avalon on or before Wednesday. July 31st.

As of July 24th. more than 705.000 cubic yards of sand has been pumped by the “Charleston”, the dredge operated by Norfolk Dredging.

All beaches have been reconstructed from 123rd Street north to 83rd Street in Stone Harbor. Beaches were closed at 83rd Street and 84111 Street on July 24th as the project continues to move in a northerly direction. Work is expected to be done on the 7Sth-80,h Street beaches in Avalon possibly on Sunday or Monday. July 28,h-29,h. Less than 12 hours of dredging/construction work is needed in the Borough of Avalon as the project concludes.

As soon as the dredging operation ceases, crews from Norfolk Dredging will immediately remove the steel and plastic pipe from the Stone Harbor beachfront. Some of the pipe will be floated out to sea and placed on a barge for removal: some steel pipe will be taken to a staging area at 123rd Street for removal via trucks.

The project also includes some dime work, post and rail fence, sand fence, and dune grass planting. Dunes between 81s’-85,h streets will be filled on the west end of the dune system. That work is expected to occur 011 weekdays only up until July 29th. Only one pedestrian access ramp will be needed to put the new material on the dunes.

Sand fencing will be installed in the construction area before this weekend. Dune grass planting will commence in December. 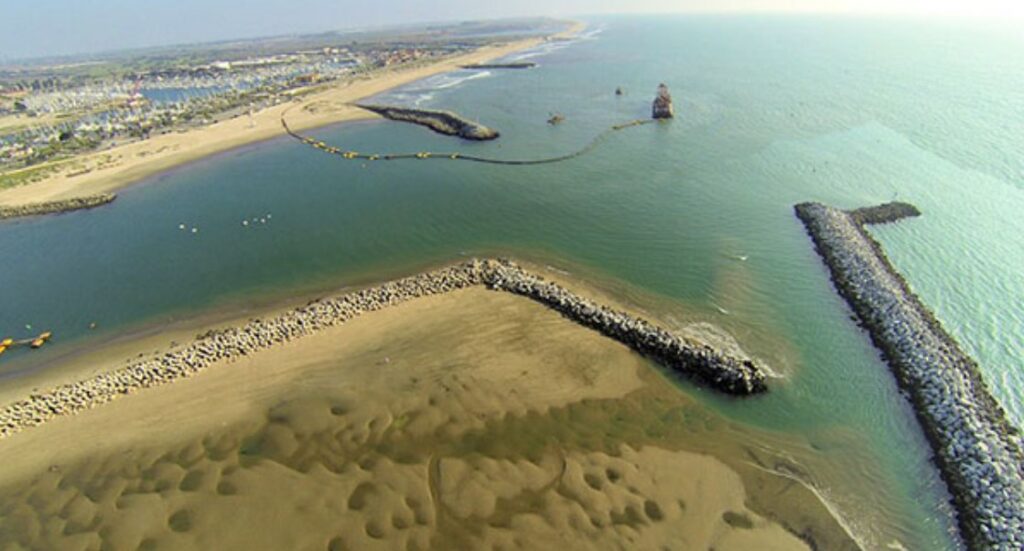