Nineteen vessels will be part of the dredging operation on Sabetta arctic port construction project on the Yamal Peninsula this year. With the start of the summer navigation season, the vessels will leave from the Port of Murmansk and will be headed to the Gulf of Ob.

The dredging operations at Sabetta will be carried out by Jan De Nul N.V., a Belgian company. The Contractor’s vessels are now at the Port of Murmansk where they are loaded with fuel, water, and food and also are being cleared by the customs to get official permission to navigate in Russia. When the navigation season begins in early August, the special vessels will head to Sabetta.

Two cutter suction dredgers, Niccolo Macchiavelli and Leonardo Da Vinci, two holding dredgers, eight open barge hulls, two motorized flatboats, a hose dredger, a special tug vessel, and a crew rotation boat will be used for running operations in the Gulf of Ob. A four-kilometer approach channel and a berthing water area for the Port of Sabetta will be created using these vessels. When the channel approach to Sabetta is ready in 2014, process modules and building materials will be delivered for the construction of an LNG plant.

OJSC USK MOST is building a number of facilities as part of the Sabetta Port construction project:

The arctic Port of Sabetta is built near a town with the same name on the west bank of the Gulf of Ob in the Yamal area of the Yamal-Nenets Autonomous District, the Tyumen Region. The new port on the Yamal Peninsula will support year-round navigation along the Northern Sea Route and will be a key element of the “Northern Latitudinal Route” transportation infrastructure project, which has as its major goal the start-up of a liquefied natural gas plant in 2016 at the South Tambeyskoye Field. 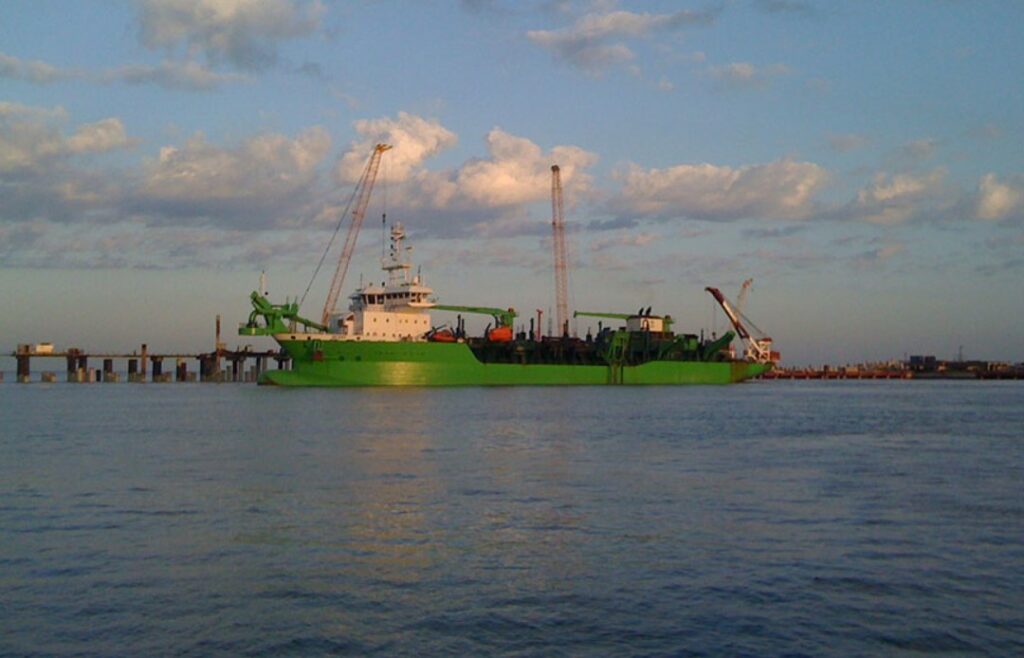