In media articles George Clement of the Deep Water Group has described Chatham’s proposal to extract rock phosphate as a potential environmental “catastrophe”.

“Such descriptions could be applied to fishing, when you think about the vast area of sea floor trawling disturbs,” Managing Director Chris Castle said.

“Chatham’s planned 15-year extraction project will touch a total of 450 km2, far less than 1% of the Chatham Rise. Mr Clement estimates that’s about sevent times the size of Wellington harbour.

“In contrast, over the same period fishing will bottom trawl 750,000 km2, about three times the size of New Zealand. Year after year, weighted nets scrape 50,000 km2 of seabed, with bottom-dwelling animals disturbed or destroyed. Up to 3000 km2 of new territory is disturbed annually – an environmental impact 100 times greater than predicted for phosphate extraction.”

Mr Castle said Chatham has talked to the DWG for three years.

“We’ve given them huge amounts of information, scientific reports and models showing temporary and very localised impacts on adjacent sea floor and water column. At their request we paid for an independent review of the modelling. They expressed cautious support for our project for most of that period. Recently the attitude of some members has changed, with no willingness to discuss their concerns.

“We wouldn’t consider extracting phosphate nodules from the Chatham Rise if it caused more than very minor environmental impacts.”

He said Chatham’s operations simply lift the top 30cm of sandy silt and redeposit 85% of it carefully on the same seabed after extracting the nodules – the net effect is selected areas of seabed are lowered about 5cm. Modelling indicates the material returned will not be widely dispersed, and the sediment that doesn’t immediately settle will rapidly dilute to insignificant levels.

“Our draft environmental impact assessment (EIA), supported by 30-plus expert reports, has identified no long-term impacts on key spawning, juvenile and young fish habitat. Any potential impacts are confined to our limited extraction areas, and are short-term, reversible, and of low environmental risk. “

He also notes the fundamentals of Chatham’s proposed method are routinely used in dredging around the world. The only new aspect is undertaking this work at 400m. The operations will be intermittent (3 days in every 10 day cycle) and spread among geographically separate locations within the licence area.

“But while bottom trawling – ploughing vast tracts of the EEZ seabed decade after decade – requires no environmental consents, our project needs a mining licence and a marine consent. These cost millions of dollars, require years of research, consultation and official process, and involve full public scrutiny.

“The annual fish trawl footprint on just the Chatham Rise during the 2009-10 fishing year was 19,051 km2. As hoki spawning and growth occurs over the entire 189,000 km2 Rise, DWG already know they can continually bottom-trawl 10% of the area without harming juvenile fish stocks, so Chatham’s extra annual 30 km2 is of little significance.”

Mr Castle said New Zealand is predicted to be $900 million richer as a result of the new phosphate industry and Chatham will be generating annual exports or import substitution of $300 million, plus supporting farming, our biggest earner.

By area, the economic value of the phosphate resource is 500 times greater than fishing; expected to yield $9.1 million per km2. Bottom trawling yields less than $20,000 per km2.

“The benthic protection areas, of which the fishing industry is so proud, were established to preserve areas of sea floor not already affected by bottom trawling. They were determined without considering the economic importance of resources such as rock phosphate.

“Thanks partly to Chatham’s $20 million investment, the Rise benthic environment is now one of the best known parts of our marine territory, and can now inform resource and environmental management decisions, possibly including modifying those benthic areas.

“We’ve spent three years collecting data on oceanographic conditions (tides, currents, turbidity), benthic life, and analysing the impacts of disturbances on the seafloor and in the water column so we can minimise impacts and protect areas of benthic habitat.”

Mr Castle said this project is important to provide fertiliser security for farming. Most rock phosphate used to make fertiliser now is imported from Morocco. It’s high in cadmium, involves high transport costs and has a significant carbon footprint.

Chatham Rise rock phosphate, as an ultra-low cadmium direct-application fertiliser, has proven to be as effective as processed fertilisers while reducing run-off effects on New Zealand waterways by up to 80%. 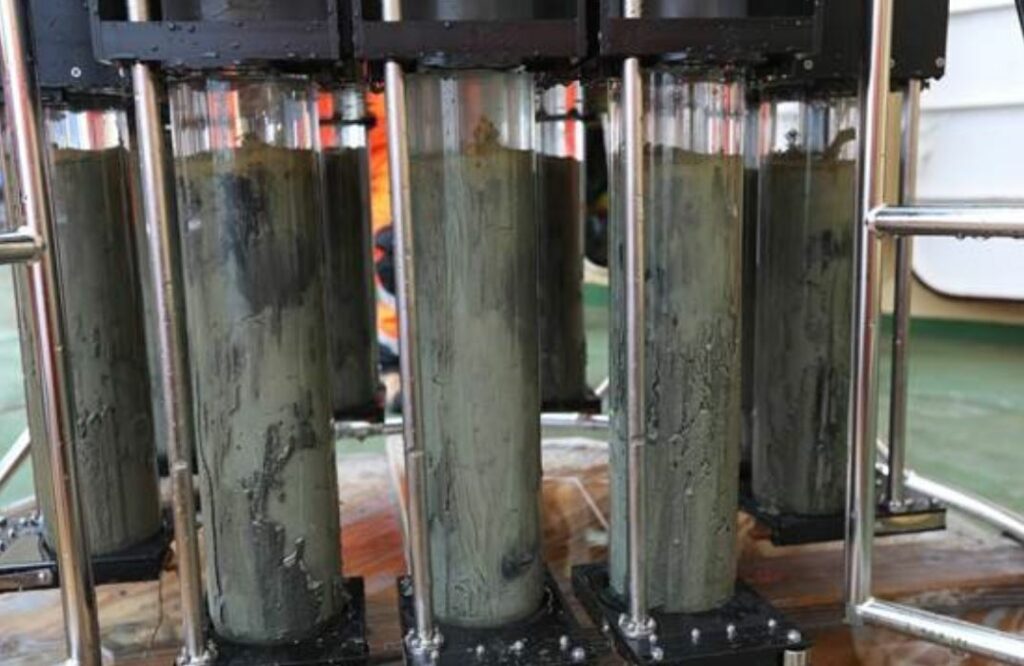